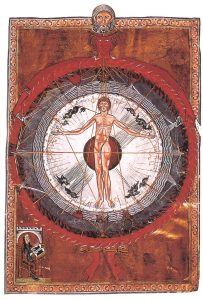 Alchemical weapons have a long history in RPGs. It is a safe bet that the first gamers found themselves in a situation where igniting a flask of oil seemed like a great idea. Thumbing through the pages of history it is easy to find references to chemical weaponry. Chinese generals used clouds of vapor distilled from mustard seeds to blind their enemies. Indian alchemists used a serum distilled from certain tree roots, plants and frog bile to render make themselves fireproof. In today’s RPGs, we have tanglefoot bags, thunderstones, and the popular alchemist’s fire, however, these merely scratch the surface of what is possible through alchemy.

Powered by alchemist’s fire, this two-handed mortar is designed to launch potion vials, bombs, and other alchemical weapons. The weapon itself is a beautifully crafted bronze and steel cylinder with ash or oak grips. Open at one end, the other narrows to a shoulder stock.  Upon depressing a bronze lever, the arquebus will launch a small spherical object to a range of 80/320.

The typical ammunition for an alchemical arquebus is bombs or alchemical spheres. However, potions, poisons or similar vials can also be launched if they are first inserted into plain ceramic balls (requiring one action). The arquebus can only be loaded with one ammunition sphere at a time.

Additionally, the launching apparatus is powered by a vial of alchemist’s fire. Each vial provides enough energy for 5 shots. Refueling the arquebus requires 10 minutes of work.

Built to hold alchemical vials, this cleverly constructed projectile can be shot from any bow that uses arrows. Naturally heavier at one end, an alchemical arrow suffers a -1 penalty to attack rolls and only deals 1d2 points of damage. Each arrow is specially fitted with a specific alchemical vial. Once fired, regardless of success or failure of the shot, the arrow is consumed by the impact and is not recoverable.

These clay balls or spheres are designed to hold potions or alchemical vials and will shatter upon impact with a solid surface.

When thrown as an action, this small glass sphere shatters upon striking any solid surface releasing a hissing explosion of rare vapors and hallucinogenic smoke. Each creature within 5-feet of the detonation must make a DC 13 Wisdom saving throw or suffer effects identical to a confusion spell for 1 round. Treat the glass sphere as an improvised weapon.

These small orange glass spheres are favored by spies, rogues and others who rely on trickery and stealth. As an action, a handful of 8 explosive pellets can be thrown as an improvised weapon into a single 5-foot square. Optionally, you can choose to take disadvantage and attempt to throw the pellets into two 5-foot squares.

Upon striking their target square, the pellets explode dealing 1d2 points of fire damage for each pellet. Creatures within the effected space may make a DC 10 Dexterity saving throw to only suffer half the damage. Explosive pellets are typically found in padded leather bags containing 16 pellets.

Housed in a seemingly innocuous looking ceramic jar, the soul hunting fog is a battlefield weapon both feared and reviled. As an action, the soul hunting fog can be thrown (as an improvised weapon). Upon striking any solid surface the jar shatters releasing billowing clouds to form a 10-foot radius sphere of poisonous crimson mist. Each creature that is completely within the cloud at the start of its turn must make a DC 13 Constitution saving throw against poison. On a failed save, the creature takes 6 (1d12) poison damage. Each turn the creature remains in the mist it must make another save. The mist obscures the air for 1d4 rounds before dissipating.

This fine grain, white powder, usually dispensed in a glass ball or else a small leather bulb with a wax sealed nozzle at one end, has a catatonic effect on the mind. As an action, you can target an adjacent target and make a ranged attack. On a hit, the powder sprays onto the target forcing that creature to make a DC 10 Constitution saving throw. Targets who fail the save are stunned for 1d3 rounds. Succeeding at the save renders that target immune to stunning powder for 24 hours.