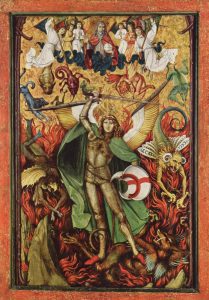 “The gate is opening. Come, take my hand. Prepare your eyes for wondrous things; prepare your soul for terror and temptation. Do not let us become separated.

“And never think that you are safe, in either the brightest heaven or the emptiest hell. This place is not for mortal kind: It is the playground of gods and prison of things that the gods threw down. You will not return unchanged.”
— Cicerone the Upfallen, Risen Devil and Planar Guide

Beyond but always touching Midgard are the outer planes: the firmament of heaven, black pits of hell, the forges of creation and all the wild places that lay between. Home to gods and devil lords, and things not so easily classified. But mortals too have carved a niche out of the unforgiving cosmos, living in the shadows of titans and the dreams of deities, resisting the lures of heaven and the promises of hell.

The bold few who dare to ride out and challenge the fiends, celestials, and elementals in their own domains may claim rewards unmatched by the mortal world: What glory is greater than to rout the archdevil in his own lair, what better treasury is there to plunder than the Lord of Greed’s own vault, and who needs heroes more than a place where even angels fear to tread?

The Outer (and Outré) Planes

Dark Roads and Golden Hells is a chance to explore the outer planes of Midgard in mind-expanding style: Inspired by Vance’s Dying Earth, Zelazny’s Chronicles of Amber; by the Outer Limits and The Twilight Zone, by Lovecraft’s eldritch abominations and Moorcock’s Eternal Champion, by just about everything written by China Mieville and Neil Gaiman – and of course by the baroquely stylish weirdness of Planescape and Beyond Countless Doorways, in which our own kobold king had no small part.

Rather than presenting a whole new cosmology, we’ll be concentrating on themes, flavorful locations, and special rules that can be integrated into any planar campaign, whether your PCs are occasional wide-eyed visitors from the prime material or hardened planar cynics supping with devils in a gothic planar crossroads. It doesn’t matter if your multiverse is shaped like a wheel, a spindle, or a million shifting spheres – I promise you’ll find a cornucopia of weird and wonderful locations, feats, spells, monsters, and adventures to insert into your campaign. 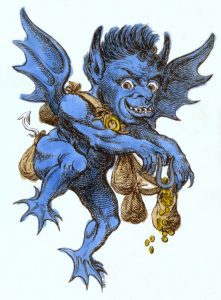 There’s a lot for the fertile, fevered minds of patrons to do here!

As well as brainstorming the themes and philosophies, strange powers, hazards, afflictions, and special rules for the outer planes, patrons of Dark Roads & Golden Hells will detail cosmic highways like the Niflheim Road, Tree of Worlds, and River Styx, create strange new creatures, and design new spells and rituals — plus whatever new traits, feats, class options, and any other strange and esoteric things your imaginations can devise!

We’ll also be presenting a dozen or more fully developed locations tied to the new Midgard campaign setting and the Free City of Zobeck: The homes of prominent gods and devils, domains of creatures like the shadow fey, and the afterlife of ghouls and kobolds. Pitched, voted for, and written by patrons, these gazetteers will provide everything you need to run adventures: history and geography, major NPCs, adventure seeds and special rules, and notes on how the PCs’ actions can impact and change them — ensuring they stay fresh and exciting for many return visits.

So come! Let us travel the Niflheim Road and visit the sable court of the shadow fey. Let’s barter for lost souls in the infernal glory of Mammon’s Golden Court, dodge grinding cogs to question clockwork oracles on the Gear Plane, and delve after forbidden lore in the shifting tesseract-realm of the derro Mother of Madness. Let’s travel the battlefields of Chaos, where Possibilities and Might-Have-Beens battle with incarnate Ideas across landscapes like Escher drawings; where Fear can be worn as a cloak, Destiny can be hammered into swords, and Hope springs eternal from the footfalls of angels. We’ll hold infinity in the palm of our hands… and see ourselves peering out of it.

Join the Dark Roads and Golden Hells project as a patron today. But remember: “You will not return unchanged.”

23 thoughts on “Welcome to the Multiverse”