Skip to content
Home / Delve into the Depths in the Kobold Blog / Triple Launch:Shadow Fey, Azlant, and Azathoth 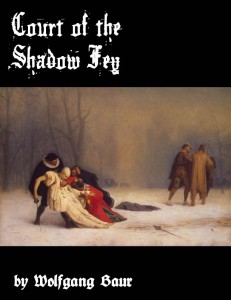 To date, Open Design has been about competition between competing proposals, pitting projects and editions against one another. In an effort to accommodate everyone, we even completely redesigned Halls of the Mountain King in two editions.

While that project was huge, we’re not pursuing that approach again. We’re learning from the experience and doing something better.

Open Design is proposing three adventures for your consideration. All three proposals will go ahead if there is enough patron interest to commission them, and all will be available in public editions. These are the three projects from the patrons of Halls: one for 4th Edition D&D, one for the Pathfinder RPG, and one for an experimental Pathfinder/Cthulhu hybrid….

Court of the Shadow Fey

The shadow fey have long been considered a threat to more civilized creatures: cruel, capricious, and utterly without remorse, they go where they please and do what they will with little regard for the consequences. Now the shadow fey ambassador has claimed the city as a fiefdom of the Shadow Court, and he listens to no one who claims otherwise. “Speak with the Queen if you must complain,” offers the ambassador.

Visit the shadow fey court in a Paragon adventure like no other! Stealth, bribe, and duel your way to triumph over the court’s schemes, slay its heroes, and outwit its queen and courtiers. A shadow planar 4th Edition adventure by Wolfgang Baur.
• Project details and discussion.
• Sign up as a patron.

From the Shore to the Sea 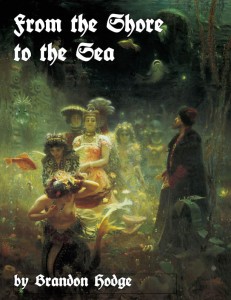 For centuries, the citizens of the small coastal village of Haversham lived in private isolation, survivors of an ancient cataclysm who wished only to live secluded lives far from the shadow of their ancestors’ fallen empire. The community indeed had much to hide, for deep within the veins of these simple fishermen flows a dark and terrible taint – the Legacy of Old Azlant.

What secrets do they keep in the coastal village of Haversham? What lies under the waves of the western shore?

A Pathfinder RPG adventure about a lost civilization and its dark remnants, perhaps set in Golarion, perhaps using more a general fantasy setting. If it is set in Golarion, it’s possible that this patronage will *not* include a PDF of the final text. The adventure may be published by Paizo instead of by Open Design.
• Project details and discussion.
• Sign up as a patron. 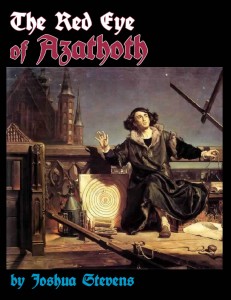 All men fear the Harbinger Star. Kings die and nations crumble when the red comet takes the sky, and madness trails in its fiery wake. But those versed in that rarest of occult lore know the Harbinger Star by its true name: The Red Eye of Azathoth.

Linked scenarios around a returning comet and horrors it brings, this adventure series is set in historical times from the Viking and Samurai era right up to Roanoke and the Wild West.

A Pathfinder and/or Call of Cthulhu adventure by Joshua Stevens, with anthology-style pitches.
• Project details and discussion.
• Sign up as a patron.

Public Projects
Unlike previous Open Design projects, these straightforward design projects will be crafted with three to five months of design, playtest, and edit — and then a release to the public. These are not limited editions, though patrons can watch and contribute to the design process, and will be acknowledged in the credits pages.