Skip to content
Home / Delve into the Depths in the Kobold Blog / Trapsmith: Siwali Trade Safes 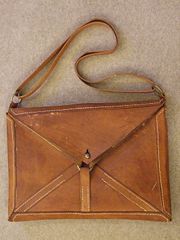 There is something unsettling about this leather satchel; how the leather has retained its hairs, how the hasp seems to be almost gripped by its leather sheath, and most of all the fleshy color of the leather, with blemishes and moles upon its pasty surface…

Some say that the word ‘safe’ is a misnomer, that a safe is a strong cupboard for holding goods and that safes are made of iron or wood or both, not leather. However, the Siwali trade lords give you a different answer – they say that nothing is as safe as something held in their unique trade satchels. It is not the outside, they swear, but the inside that holds the key to why so few of these safes are ever successfully ransacked.

A Siwali trade safe resembles a leather bag or satchel with an unsettling air about it; it is warm to the touch and its leather feels like human skin. The safe is fastened with a simple hasp, buckle or thong which gives access to a small area within, which contains two or more leather seals, which secure the true contents of the safe. A trade safe is an advanced bag of holding which contains multiple compartments. These compartments are protected by a permanent mage’s private sanctum spell.

Various traders use different defenses in the unused sections of the bag. That is, they fill compartments where they do not store their treasure with creatures (such as the Usmahroti Black Hornet) or traps to sever limbs, inflict terrible wounds, or spray acids or poison.

The art of making trade safes is sadly on the increase, as is the demand for flesh to make them with. The traders and craftsmen are evil men who care nothing for the cries of their victims as they are sliced and filleted, torn and cut before being woven with spells to complete the safe itself.

Fleshfair Trade Safe
In a thriving slave market such as the Fleshfair of Nuria-Natal, cash is, of course, a necessity. The trader must have a plentiful supply of gold to pick up an instant bargain or to make the necessary deposit to pay the slave traders at auction.

The fleshfair bags, made from the flesh of rejected, sick or infirm slaves, are commonly found throughout the southern slave lands, from the Fleshfair of Nuria-Natal to the souks and stalls of Siwal, Tyrku, and Harkesh.

Fleshfair trade safes have three compartments, each the size of a type I bag of holding.

Aura moderate conjuration; CL 13th
Slot —; Price 33,438 gp; Weight 75 lbs.
Description
The fleshfair trade safe opens into a small compartment with three leather openings, which resemble a fleshy throat. Beyond each is a nondimensional space protected by a permanent false mage’s private sanctum. Its inside dimension are much larger than its outside and regardless of what is put into the safe, it weighs 75 lbs but can hold up to 750 lbs or 90 cubic feet.

Southern slave traders almost always utilize only one section of the safe (which can hold 250 lbs. or 30 cubic feet), and prefer to trap the other two. Some traders double bluff thieves by filling all three compartments with treasure, sure that the safe’s reputation is enough to keep rogues from opening more than one or two.

If the safe is overloaded, or if sharp objects pierce it, the bag ruptures and is ruined. All contents are lost forever. If a fleshfair trade safe is turned inside out, its contents spill out, unharmed, but the safe must be put right before it can be used again. Living creatures can be placed inside the safe but must be fed and watered as normal; they do not suffocate as they would in a bag of holding. Retrieving a specific item from a trade safe is a move action, unless the safe contains more than an ordinary backpack would hold, in which case retrieving a specific item is a full-round action.

The First repository
H’khan, the owner of this safe, keeps his valuables in this portion of the trade safe.

The Second Repository
H’khan has kept a Siwali Camel Spider in this compartment, ensuring that when each spider dies, he purchases another from the Spider Merchants. 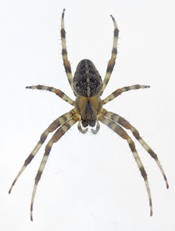 Siwali Camel Spider
Monstrous Spider, Medium CR 5
hp 11 (Monster Manual 288)
Tactics: the spider bites anything that is placed inside its area of the safe, and generally tries to keep hold of the target if the hand (or other appendage) is withdrawn from the safe. The camel spider’s poison is far more dangerous than a standard medium monstrous spider (Fort DC 20, Damage 2d6 Str).

The Third Repository
Here H’khan keeps a particularly vicious trap to ward away thieves, playing to their greed. He has placed a small paste gem herein and covered it with poison.

Merchants use as many styles and types of trade safe as there are craftsmen in Siwal. A few standard designs are made in small batches, but others like to design their own twisted receptacles.

Siwali Camel Safe
Camel marts are brimming with thieves and cutpurses, and the red-striped flesh of the Camel Safes of K’ahaar are a clear warning to such rogues. Camel safes almost always have seven compartments, six of which contain ankhegs. Numerous tales and legends claim thieves have been dragged into these safes never to be seen again, or special camel safes contain whole herds of monsters which all attack a single target, fighting to claim the flesh for their own – tearing the hapless victim to pieces in their feeding frenzy.

Swarming Hornet Trade Safe
The narrow trade safe of the Parumishu Family is avoided by all. These safes contain swarms of undead hornets, which strip the flesh off a camel in less than a minute.

Trade Safe of the Impossible Spider
The choice within these safes is simple – a 50/50 risk – with one area holding wealth and the other the distended mouth of a spider said to be anchored in hell. These spiders can swallow men whole through their dislocating mouths, which are armored with chitinous plates as hard as steel and bristling with hairs dripping with poison.

R’ammeesh’s Trade Safe
The cowardly monkey-man R’ammeesh had his trade safe modified with a portable hole somehow held within. If the wrong receptacle be chosen, the thief would open the hole, which would instantly draw him and anyone within 10 feet to the Astral Plane, destroying the safe and hole in the process.

Living Trade Safes
Stories continue to surface of safes that live. These strange objects maintain the twisted personalities of the one sacrificed to make them, and try to trick or attack thieves. Some of these safes resemble gibbering mothers, others chaos beasts or mimics. Tales of hydra safes, naga safes, and medusa safes also continue to be told over sweet mint tea and hookah pipes in the thriving souks of Siwali.

Perhaps merchants tell tall tales to frighten thieves, but perhaps some of their stories are true. As they say, the clever rogue thinks twice before cutting a purse in Siwal.

Like this one? Check out the Walking Tent of Salim Al-rai, perfect for Al-Qadim, Legacy of Fire, or any Arabian Nights adventure!