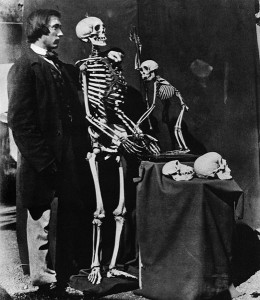 Or 30 things to find on an adventurer’s corpse.

Holding his guttering torch out into the unlit dungeon chamber, Tarquilos thought he caught a whiff of something putrid in the air.

“Do you smell that Wendell? Something has definitely died in here.”

Wendell poked his head from around his friend’s brawny shoulders, the aroma of rotting flesh assaulting his nostrils.

“You’re right, my muscle-bound companion. I may regret saying this, but let’s go have a look, shall we?”

Cautiously the two adventurers walked into the chamber, following their noses to the corpse of a warrior in rusting mail resting against a slimy wall.

“Well, now we know where the smell’s coming from,” Wendell muttered. “Go see if he has anything valuable.”

Tarquilos shook his head at his companion’s willingness to put him in danger but proceeded gingerly towards the corpse.

“Fine, but if I find a mouse trap like on that dwarf’s body, I’m throwing you down the next well.”

One of the most unfortunate but potentially fortuitous discoveries a PC can make while exploring a crypt or similar hazardous location is the body of a deceased adventurer. Whether the body itself serves as a warning of potential danger, a nifty plot device, or simply as a macabre form of dungeon dressing, invariably PCs will search the body to see what can be looted from it…

While most GMs will include a list of mundane equipment or potential magic items on any such body, most of the stuff found on dungeon cadavers is fairly boring, leading many PCs to forget about the dead adventurer’s corpse as soon as it has been looted. This list of 30 objects has been devised to make the body and its possessions more interesting, provide further opportunities for adventure, or just give the dead adventurer some personality he or she might not otherwise have had.

10 thoughts on “The Dead Adventurer’s Catalogue”