Skip to content
Home / Delve into the Depths in the Kobold Blog / The Amber Bazaar: Orc Weapons 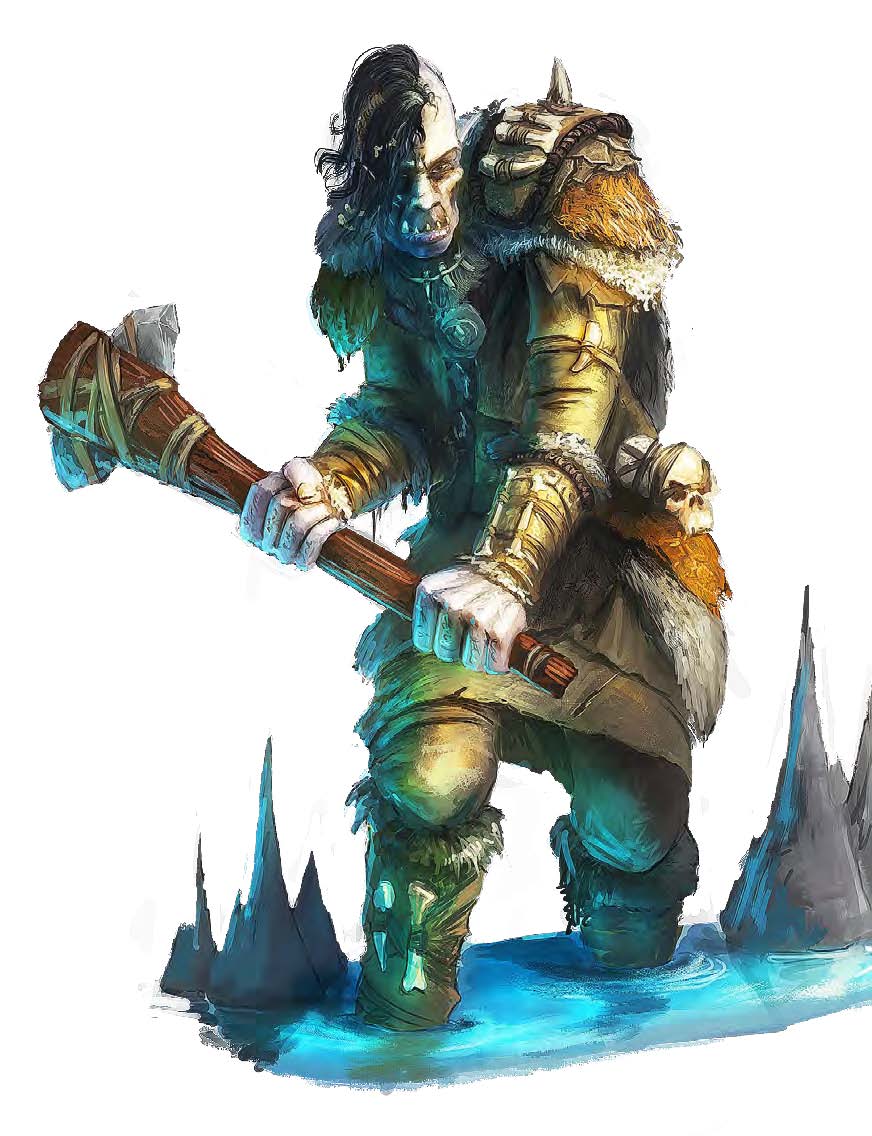 Why should any enterprising GM settle for any old +2—hey, what are you—

AHAHA, puny humans, you are now subject to the wares of Grut Duckgut, Orcish Armorer to Warchief Krup of the One Functioning Eye! Gaze upon the unmatched might of orcish ingenuity and surrender your goods and services! YOU! Describe them with your pathetic human words!

So here is a leather bag filled with boiling water that I assume you throw at your enemies. The water would probably only stay hot enough to scald for about 5 minutes. But the heat is so extreme that the wielder takes 1 fire damage per round while holding it.

This is a simple clay brick that you tie to your forehead. And you hit enemies with your head?

Well you would definitely deal 1d4 bludgeoning damage to yourself each time you deal damage with this. And on a fumble, the brick falls off and would need to be retied.

This filthy cape seems to have teeth sewn into the lining? I don’t really understand—

It is simple! Each round you grapple your opponent, shake them VIGOROUSLY within the cape, letting the teeth, tusks, claws, needles, arrowheads, and pointy sticks rake and scar their soft flesh!

I just want to point out that if you fumble on the grapple check, you would catch the cape on your armor or clothes and be restrained until you spend a full round freeing yourself.

I understand this one. It’s just a full boar’s head. If you run at your opponent at least 20 ft. in a straight line and hit with an attack with the gorger on the same turn, the target takes an extra 1d6 slashing damage and needs to make an opposed Strength check or be knocked prone. And if you fail the Strength check, you would be knocked prone instead.

You’re really close to my face…

It’s a beartrap for your mouth and takes a full round action to equip or unequip it. So you attack with it, and if you hit, you make a Grapple check with advantage. If you succeed, then you’re clamped on to the opponent and have advantage on all subsequent grapple checks against them.

DO NOT FORGET, if any of your grapple checks fail, the jawlock is LOCKED, preventing you from speaking, drinking, or eating! It may only be reset by succeeding a DC 15 Strength check! Such is the orcish way!

AHAHA my favorite implement of death!

A flashy knife that you tie to your bicep. And when you use Intimidate… by flexing… you can make a free attack against an enemy directly behind you. Huh. And on a fumble, you stab yourself in the ear! I actually like this one.

THANK YOU WELP! Now continue to peruse or meet your end!

This is a giant key ring with a dagger, a shortsword, a longsword, and a greatsword jangling on it. Take a full round action to find the right one and you can wield it with both hands (though it’s treated as one hand given its weight). And only a wielder of Strength 15 or higher can even swing this thing. Novel.

Ow, why are the sides of this shield so sharp?

The sharpest edges, whetted to a knife’s point by HUMONGOUS SMITHS!

You can throw it like a plate, but unless you succeed a DC 10 Dexterity check, you’ll also cut your own hand for 1d4 damage and make it unusable for one minute because of the intense pain.

Alright, I’ve had enough! You need to leave.

WHAT??? You dare speak to me this way! Fool, suffer as I bring the full might of 10,000 years of orcish smithing down upon your stupid head…!

He’s dead. See you next month.