Skip to content
Home / Delve into the Depths in the Kobold Blog / The 4th Pillar: Mythbusters (Party Composition Edition) 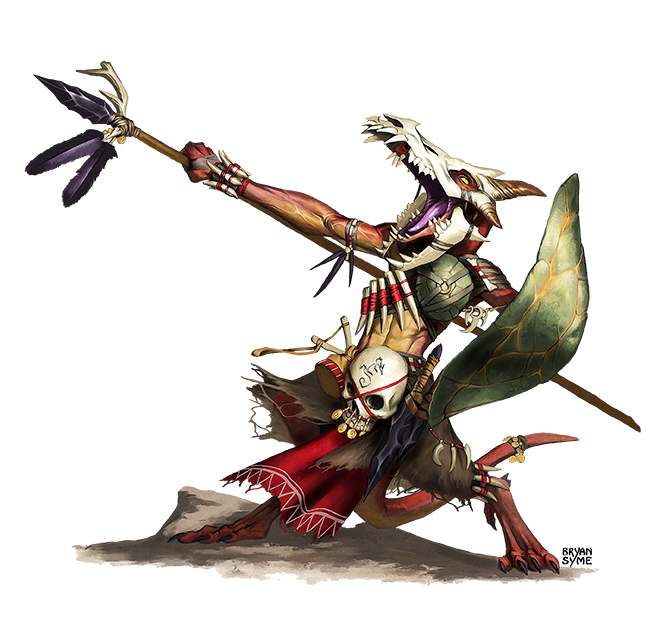 Everyone loves to talk about group composition. I feel like the prevalence and popularity of video games have only bolstered these arguments over the years as well. There’s the ever-unavoidable “holy trinity”: classes that primarily take damage (tanks), classes that primarily heal damage (healers), and classes that primarily deal damage (DPS). Even the acronym for damage dealing classes is plucked from video games, yet nobody is measuring damage per second in tabletop games. At least… I hope not. Sure there are other terms such as “striker” or “healbot” or “glass cannon,” but the sentiments are the same. Far too often, both as players and GMs, we boil classes down to simply their mechanics and not much else. I suppose in previous editions of D&D where there were lists of literally hundreds of feats to choose from that it was pretty hard to get away from simply thinking of a character as nothing more than an arrangement of numbers and probabilities that sits beneath the thin veneer of a personality, but this is the future we’re living in! I get that making a D&D character takes hours of front-loading choices, and it’s easy to get attached to them and only focus on all of the widgets you selected as part of your class, but let’s not forget what makes characters unique—their stories and the stories of the people playing them.

The Sum of Its Parts

Think a minute of some rather famous adventuring parties and analyze just how “balanced” they were. The Fellowship of the Ring essentially had a novice rogue (Frodo), three useless dirt farmers who almost got everyone killed numerous times (Sam, Merry, Pippin), a warrior (Gimli), two rangers (Aragorn, Legolas), and the least helpful wizard ever (Gandalf). There’s no healer there. There’s no tank. Was Gandalf doing gnarly wizard shit like summoning monsters or casting fireballs? No, he was setting pinecones on fire, casting light, and disappearing a lot to go chat with his friends. What about Star Wars? There was a swashbuckling sorcerer (Luke), a handful of rogues (Han, Leia, Chewy), and the droids were basically sentient lockpicks/plot devices. The Princess Bride? Harry Potter? Monty Python? The list goes on, but it seems you don’t really need to “cover all the bases” to me.

An adventuring party’s whole is truly greater than the sum of its parts. Want to be a group of all rogues working for their guild? A group of traveling troubadours? Dwarves hellbent on regaining their lost treasure? Druids exiled from their circle after corruption ensorcelled its elders? Do it. Just do it. Nothing can be more deflating than having a great idea for a character, joining a group or campaign and finding out that the “role” your character falls into is already filled as if it’s some type of sports team. Often when players find themselves in situations like this, they will half-heartedly make a character they won’t be that into playing, and everyone’s experience can potentially be dragged down a bit. For the good of your groups, both present and future, just let people play the character they’re the most passionate about!

You Can’t Do That

I know what you’re thinking. You’re thinking, “Okay, guy. That sounds fun and all, but how are the players going to survive, geez!” And I’ve got an answer for you there: you’re right. For example, with the party of all rogues, obviously everyone is playing a rogue with the exact same talents, skills, characteristics, stats, gear, and motivations. Nobody is going to be casting healing spells. Well, except they might be able to do it from a scroll or an artifact or a bauble of some sort. Maybe even an ancestral talent or a background in medicine. Hmmm. Well there’s definitely nobody that’s going to be communing with animals or navigating through dense forests unless maybe they’re of a certain ancestry or some part of their backstory might allow it, such as being raised by people who could do such things. Ah, well certainly none of them are going to be “tanking” and directing all the biggest, heaviest-hitting monsters away from the rest of the party. Except maybe the loudest mouthed one with charisma and tactics to simply distract, avoid, or mitigate most of those heavy hits.

It’s almost like you could have a party of any set of character classes so long as the group works together and the GM is aware of this and modifies/plans their game accordingly to fill in some of the mechanical gaps. Sure it’s a bit more work on the GM’s part, but hey, you’re already skipping over those encounter budget rules, so you’ve freed up a GM’ing brain slot. Put it to use in this scenario! Everybody gets to play the character that they want, and nobody is worse for wear. I suppose if you’re only running pre-published adventures and allow for zero flexibility that this might be an issue, but does anyone actually do that outside of organized play? Even then, I know quite a few OP GM’s that are truly adept at accommodating such situations.

There’s a good chance that your party is pretty diverse, regardless of how un-varied your class composition is. You should just focus on the fun and keep on rolling. In our next installment we’re going to talk about XP and its many iterations and which one might be best for your game.