Skip to content
Home / Delve into the Depths in the Kobold Blog / Memorable Factions: The Scond 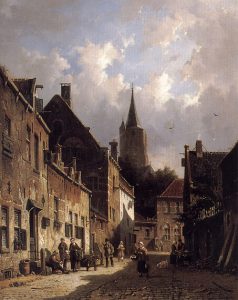 Organizations provide a great way to add verisimilitude and dynamism to a campaign world. Each installment in this series presents a new organization, complete with shared attack and utility powers—akin to monster themes—which lend a unique, memorable feel to the organization’s members. Since each organization comes with several variants, you should find one which matches the needs of your campaign—as allies of the PCs, as foes, or simply as a group working for its own ends.

People get lost in cities. You’re walking along beside your friend, you get distracted for a moment—and he’s gone. If the Scond got him, you’ll never see him again. He’s already leagues away.

Goal: The Scond kidnap people, plucking them from their lives and sending them secretly to distant lands…

Philosophy: Distinct winners and losers live in any land, and in this one, life as one of the losers—whether as slave, serf, or simply oppressed—is awful. The Scond help those unfortunates, spiriting them away to another land where life will be better.

Leadership: Publically, Minyara is the eladrin leader of the most conservative faction of the ruling class, railing against any change. Privately, she leads an underground escape route for oppressed slaves.

Activities: Demand for the Scond’s help far outstrips the organization’s ability to provide it, so they never need to search for clients. Instead, the Scond spend much of their time ensuring the authorities—or aggrieved owners of vanished slaves—do not discover their presence.

To achieve this end, the Scond develops a believable explanation for each disappearance… explanations which obscure the role of these altruists.

Philosophy: Sometimes people just want to disappear. They may need to abandon an arranged marriage, they might flee a debt collector, or they may simply want their movements to remain obscure. The Scond move such “packages” discreetly.

Leadership: Minyara began as an importer of traditional goods and foodstuffs, but she learned living packages are a much easier line of business, as the packages help deliver themselves. The increased profit was not a disincentive.

Activities: The Scond move people quietly through hidden tunnels or magical transportation with mundane disguises or powerful abjurations. The extent of their help, and its cost, depends on what the client is willing to pay.

Philosophy: People are the most valuable commodity. Warlords seek armies, delvers need miners, and necromancers need subjects for their experiments. The Scond fill that need—at no small gain for themselves.

Leadership:
Outwardly a conservative and somewhat stuffy society matron, the eladrin Minyara exhausted her family fortune. Now she supports her opulent estate on the ruined lives of others.

Activities: Members of the Scond kidnap to order. Buyers from distant lands might ask for strong young men, plague-ridden spinsters, or children barely out of swaddling. Whatever the need, whoever the buyer, the Scond deliver.

The Scond (All Alignments)

Size: About 10 members make up the Scond.

History and Headquarters: Minyara began the Scond about a year ago with a single abduction. She has recruited a few assistants, all of whom know one another. She knows a headquarters would increase the risk of discovery without serving any useful purpose. Instead, Scond business is done during seemingly chance meetings on street corners and in bathhouses.

Membership and Structure: The Scond draw members from all walks of life although the life of each member intersected with that of Minyara at some point. She considers herself an excellent judge of character, so she does not screen prospective members very carefully. No internal structure organizes the group—rather, members come together for a particular mission and then disband.

Enemies: No doubt, the authorities would view the activities of the Scond as criminal and punish them.

Factions: The Scond are too small to have factions, yet, as it continues to grow, the more ambitious members grow impatient with Minyara’s deliberate pace.

Members of the Scond are experts at command and control, using the tools of domination and slavery to their own ends.

STANDARD ACTION
[M] Get Out of Here! (psychic) • Encounter
Attack—Melee; level vs. Will.
Hit—The target is immobilized (save ends), turned invisible, and slid 4 squares. An illusion of the target remains in its original square until the beginning of the Scond member’s next turn.

The key to successful abduction is the escape. Members of the Scond have become experts at moving quickly.

MINOR ACTION
Come With Me! • Encounter
The Scond member chooses an ally, and until the beginning of the Scond member’s next turn, both characters can move at the higher of their two movements. Note that movement modes are not added by this power, so an earth-bound Scond member with a flying ally, for instance, cannot use this power to fly.
Sustain Minor—The linked movement persists.

(This power is appropriate for PCs who join the Scond.)

And then they were gone…