Skip to content
Home / Delve into the Depths in the Kobold Blog / Relic: Midnight’s Talons 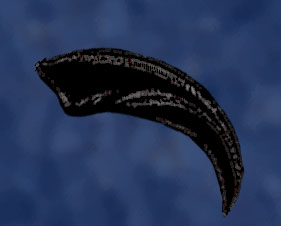 Evidently, some sly kobolds have a few surprises up their sleeves, or, in this case, on their hands. Perhaps the following relic will be of some use to you in any game that features kobolds. It never hurts to keep those adventurers on their toes.

Offspring of an ancient black dragon and a long-lived succubus, Midnight was a mage of some standing even among the highest tiers of wizardry. Her potent bloodlines eventually drew the attention of a powerful enchanter, who sought to utilize her inherent magic in his vile crafting, and she failed to win the ensuing wizardly battle. With great care, the enchanter took her hands and worked them into a grisly adornment that provides a boon to the wearer. Within days of the creation of these talons, however, the kobold servants who had betrayed Midnight to the enchanter sprang a crafty trap on him: They murdered their new master in his bed and inherited his wealth and territory. Now Midnight’s talons, as they call them, have adorned the hands of the tribal chief for generations, but whether they still do is a matter of speculation.

Description
The talons are a set of long, black, curving claws that can fit individually over a humanoid’s finger as an overlay on top of the finger’s first digit. When worn as a set, Midnight’s talons produce powerful magical effects, and when worn individually, each talon possesses a little magical energy, though some talons are more powerful than others and have standalone effects. Whether the variance in power is because the kobolds grew impatient and killed their new master before he had completed his masterpiece, or because the enchanter lost interest in the project, is currently unknown.

To be fully effective, Midnight’s talons must be bonded to the fingers of a wielder by sovereign glue. If any other bonding agent is used, the talons operate at half strength only. Midnight’s talons do not function if carried or worn any other way. Their abilities and benefits are as follows.

For each talon worn, the wielder gains the following cumulative abilities:

For every 2 talons worn, the wielder gains the following cumulative abilities:

In addition, the wielder gains the following specific abilities for these six talons (the other four have no individual abilities):

If the wielder is wearing the complete set of Midnight’s talons, he or she gains the following:

If Midnight’s talons are secured to the wielder’s hands using sovereign glue, they can be removed only by using universal solvent.

Destruction
A Midnight’s talon immediately snaps and loses its magic if it comes into contact with the blood of one of Midnight’s parents.