Skip to content
Home / Delve into the Depths in the Kobold Blog / Oh, I’m Going to Get Killed Any Minute Now (Part 3) 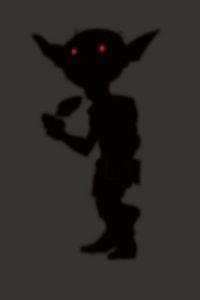 Previously… (Hey, there are two parts to read first. Get to it!)

Casting spells not all that difficult; CONTROLLING said magical spells upon casting exponentially more impossible than ever imagined.

Formal schooling in the arcane arts perhaps more important than previously expected. After a shockingly small amount of preparation and much subsequent experimentation, have succeeded in writing the word ‘Thppgr’ in foot-high, glowing magical letters on every available surface of Sigvald’s room.

Aformentioned magical marks originally intended to be my entire name; spell, however, cut off after six letters and I now cannot figure out how to change it to anything else.

Such spell effects apparently quite permanent.

As are the results of magically induced acid burns.

Currently very glad that I did not first attempt to practice magic in my strategically important office/reading-room/lavatory.

Book of spells annoyingly short on troubleshooting notations. Index nonexistent. Table of contents likewise useless. Am not pleased to discover that among my very few options with this spell, I can apparently choose to write my truncated name invisibly.

As if that makes any sense at all.

Having now successfully knocked myself out with a particularly intense spray of illusory colored light and possibly permanently damaged the ceiling of Sigvald’s room with an hour-long volley of ice-lasers, just to see what would happen, now seriously intend to finish skimming the book before I cast any more spells.

Jimbo fully determined to become my familiar, has begun referring to me as ‘Mighty Master Wizard Thppgrg the Terrifically Terrifying’ in excited tones.

Do not have the heart to tell him that I think I accidentally mystically bonded myself to Sigvald’s bedspread.

Apparently, I’m being haunted now. So that sucks.

Was going to say something like “that’s super,” but currently making a concerted effort to be less sarcastic—book on dwarven relationship advice I’m reading quite adamant about theory that sarcasm is a real no-go for relationships.

Has been mentioned several times in the text that potential mates will find my biting sarcasm and withering bon mots “off-putting” and “un-dwarfy.”

Also prohibited: crude sexual or bathroom innuendo. This observably quite a serious problem for young dwarven suitors; text advises me to pick up a copy of famous dwarven book of “party humor, one-liners, speeches, comedic dances, charming anecdotes, and amusing quotes suitable for all ages and gatherings” available from the same publisher.

Order form located in the back of the book. Strongly considering sending away for it.

Not entirely certain if all this advice is sound only for potential dwarven romantic partners; either way, couldn’t hurt to try for some self-betterment. Would hate to miss out on a night of blissful drinking, dancing, and late-night blacksmithing with my future beloved simply because of my foolish mistake in making innapropriate jokes about the enormous size of her beer-belly, rather than flattering, charming comments about same.

Have also noticed that the author of this book is incredibly, incredibly racist against goblins. Took a bit to figure that out; only refers to my people as “filthy gobos.”

Uses such references at least twice per page.

Speaking of racist: the stupid ghost of this stupid cleric I killed says that his stupid religion prohibits being killed in his stupid sleep by goblins, and so he can’t go off to his stupid goblin-hating heaven.

My protests that I’m not the one who chose his stupid religion have fallen on deaf, undead, incorporeal ears.

Now being haunted in retaliation.

ALSO: incompetent. Ghost has yet to demonstrate any particularly impressive spectral supernatural abilities, has begun insisting loudly that he’s actually some other type of incorporeal undead altogether, and must be respected as such. Also insisting that he has a name other than “Dead-Neck McGee, stupid cleric ghost.”

Do not care, even a little bit.

Stupid ghost appears to be a translucent, vaporous angry guy wearing adventure-themed dungeon pajamas and a very nasty knife-wound across his throat from where I slit it while he was sleeping.

Despite self-imposed prohibition on dabbling in the arcane, found a nifty spell capable of zapping him with supernatural ghost-disrupting fire from 12 paces; has been incredibly cathartic chasing him around. Spell also useful on skeletons.

Hoping to have skeletons replaced by Dark Lord Torkelheim with minimal fuss, and soon, as they are my primary (only) defense against adventurers. Sort of wondering where he is, have not seen him in several days.

Best weekend ever. No adventurers.

Have considered at length the possibility that writing the words “Caution: Haunted Door” above the door to my room might have lead, inexorably, to the door actually becoming haunted.

While, on the surface, seeming incredibly unlikely, I have taken the liberty of writing—with Jimbo’s help—the words “Warning: this statue spits cotton candy at goblins (and also at semisentient toxic slime molds)” on large, demon-face monument outside my door.

Hoping for the best.