Skip to content
Home / Delve into the Depths in the Kobold Blog / Midgard Summer, Week 1 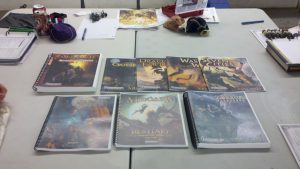 We started the first of our four weeks of Midgard Summer by running The Forgotten King’s Tomb using the kobold pregens. The five players who signed up were very excited at the chance to play kobolds. One even emailed me off the list to make sure he had the summoner. 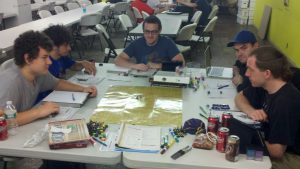 As the game went on, the players got more and more into character. The player using Klikjak took his job of protecting Char very seriously. Too bad Char’s player thought the best way for Klikjak to protect him was to push Klikjak into danger, thus keeping himself safe. 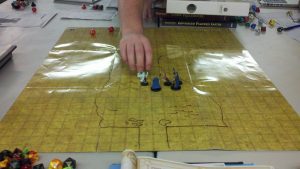 All in all, a very fun experience was had by all. Most of the players want a chance to make a character of their own giving their Midgard experience a more personal touch. The plan is to play Grandmother’s Fire and Gravebinder’s Daughter,then work up 1st-level characters for The Raven’s Call. Everyone left the game eager to explore more of Midgard.