Skip to content
Home / Delve into the Depths in the Kobold Blog / Memoirs of a Lich: Clerics 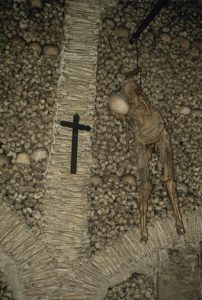 This is Osvaud. After thousands of years of careful study and experimentation, we’ve come to the conclusion that magic is insane. Don’t get me wrong, it’s better than swinging a sword around, and if it wasn’t for magic, we wouldn’t be the lich we are today (literally). That in no way makes it any less full of obviously arbitrary restrictions and exploitable loopholes. Unfortunately, it is the only game in town.

Of the two flavors, arcane is obviously inherently superior. However, divine magic can completely ruin our day (due to our totally valid unlife choices).

Which brings us to today’s topic: clerics and why they are the absolute worst.

Screw clerics. As much as I hate sorcerers, I loathe clerics. If sorcerers are magical trust fund kids, then clerics are the universe’s mindless middle managers. Instead of working or discovering magic, they have it dumped on them by omnipotent narcissists in need of constant validation. They basically gain magic by sovereign gluing their nose to some all-powerful idiot’s rear.

In any serious conflict, eliminate the cleric first. Paladins are annoying and arcanists are dangerous, but clerics combine the worst elements of both. Nothing ruins our carefully nurtured cool more than running away crying or getting all undead doe-eyed. Channeled divine energy is like getting hit in the face by a sledgehammer made out of teenage hormones.

Fortunately, clerics all come with the worst flaw of any powerful spellcaster: the divine focus. They seriously need these stupid things for like half the crap they do, and each might as well be a giant sign declaring their status and capabilities. Imagine if you had to wave your spellbook around to cast magic while flipping through key pages so enemies could guess at your specialty and prepared spell options.

As for eliminating the focus, you’ve got lots of fun routes… especially if they are just holding the darn thing. Heck, nine times out of ten they don’t even carry a spare. With telekinesis and/or grease, you can play an entertaining game of keep-away. Erase and shrink item sometimes work, depending on the god and symbol. If it is all business, or an object harder to target, stick with disintegrate, polymorph any object, teleport object, shatter, or similar effects. However, my personal favorites are either using animate objects to make it attack or antipathy to compel the cleric to avoid it.

The absolute best part about targeting divine foci is the shocked look on their faces. It’s like we break some unspoken sacred rule of fair play by targeting the symbol instead of turning them into a pile of dust or a paper weight.

Of course, all of those tactics also assume the need to improvise. If you’ve got time to mess with the jerk, you can send an unseen servant or imp in to steal, destroy, or alter the symbol.

There may be no truer joy than watching a cleric whip out a now not-so-holy symbol with, “Oh noes I’m screwed!” carved on it.

3 thoughts on “Memoirs of a Lich: Clerics”