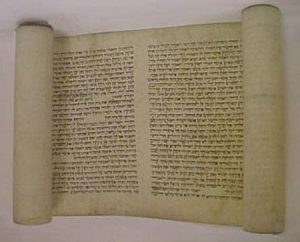 We have six finalists in the Ley Lines fiction contest, and here is Troy E. Taylor’s entry for your reading pleasure.

Yaznexitoken adjusted his jeweled and silver-dusted cloak, which glittered in contrast to his dull maroon scales. Rings adored three fingers on his right hand, a band of worked silver encircled his left wrist. A clasp with an inlaid sapphire kept the silk turban in place, covering his ridges and horns. As the stink of cows, grazing nearby, wafted over, he wrinkled his prodigious snout and covered his nostrils with a perfumed kerchief.

Framed by gray northern skies, the kobold took in the scene.

One half of the door to the mead hall was ripped from its uppermost hinge, defying gravity as it teetered against the lower hardware. The other side was closed, but distinctly marked, a smear of blood trailed down it to the dead guardian who gripped a clean ax.

“Opportunity,” Yaznexitoken said, addressing his extensive retinue of colorfully garbed servants and armsmen, mostly humans and dragonkin. They did not reply. He was the emissary. Despite being shorter than most human children and of a species misunderstood in much of the civilized world, in this company he was held in awe. He was a noble of dragon blood, a minor noble with a dubious objective, but a noble nonetheless.

Yaznexitoken stepped around the slain guardsman, gingerly avoiding the blood on the ground, and entered the hall — his company obediently trailing behind on the same meandering path, like a tail of colorful ribbons following a kite.

The room was illuminated by the smoke hole in the roof and narrow windows whose shutters had been thrown open. The slain lay unattended. The wounded moaned and groaned as they were nursed and bandaged. Judging from where the slain warriors lay, something large and brutally lethal had a cut a swath right to the jarl’s throne.

“I am deeply sorry to have so sorely timed the arrival of my majesty’s mission to this land, at this moment of your grief,” Yaznexitoken said, a tinny crackling voice that brought the eyes of everyone in the hall upon him. “But I would have you know that my lady, the Sultana Casmara Azrabahir, certainly shares in your sorrow.”

The kobold bowed gracefully, gesturing to himself. “She has sent her humble servant, Yaznexitoken Rul, as her envoy to these northern lands so that he might entreat with the great king of the Trollheim, Uffi.”

The room fell silent. No one moved. Most gaped in astonishment at a kobold adorned so richly. Yaznexitoken offered what he hoped would be taken as a friendly smile. Few humans, though, could distinguish a benign kobold expression.

“Is Uffi present?” Yaznexitoken asked. “When we arrived in Noatun, we were told he had brought his court here, to ‘anoint with honey ale’ this new hall in the upcountry.”

Again, silence. A long, awkward pause. The humans in the hall stared at him slack-jawed.

“Perhaps it would be best if I began again,” Yaznexitoken said. “Have the herald announce me, if that is the custom.

Where is the herald?”

At that, every head that was fixated on the kobold, swiveled sharply toward a black smudge on the floor, a blue pennant entangled in the eviscerated remains.

A tall woman with tightly braided long blond hair rose from where she tended one of the injured. She carried a sword in a scabbard and wore armor of chain and leather. Accustomed to seeing the relatively flat faces of humans, he was pleased to note her most distinguishing feature — a prominent, hawklike nose.

“I’ll be your damned herald,” she said unceremoniously, then called up the balcony that encircled the hall. “Uncle Uffi! You’ve a visitor! Some rich kobold!”

“Yaznext, er something!” she hollered up.

“Yaz, will do fine,” he suggested. But she ignored him as she strode across to the stairs that led to balcony. “Uncle!”

“I hear you! I hear you!” came the voice from above, prickly with annoyance.

Uffi, king of Trollheim, appeared at the top of the stairs. Yaznexitoken saw where the king had gotten his moniker, Uffi Toothless, for as he grinned, he revealed the gaping hole where his front teeth, top and bottom, should have been.

“You a warrior?” Uffi asked.

Yaznexitoken straightened. “I served as an archer in the Imperial …”

“Good enough,” the king said, turning to the female warrior. “Time to fulfill your destiny child. The jarl’s dead, his wife’s nearly so. It’s a chance to claim this hall. Do it for your late mother, bless her soul. See that the dead are avenged, and her, too.”

The woman bowed her head. The kobold saw the woman gently tap a brooch holding her cloak. He noted its distinctive design, a ball of knotted rope from which sprang a leafy, broad-trunked tree. A family crest, he supposed, since she clutched it as Uffi mentioned her mother. Finally, with a grim expression, she nodded her acceptance of her lord’s terms.

Uffi gazed at the kobold. “You must prove your worth. Accompany my ward, aid her quest. I’ll hear you out, but not before the deed’s done.”

Uffi then stomped away.

“I am a diplomat,” he protested.

“What destroyed that hall?” Yaznexitoken asked. He rode, unceremoniously, between the woman’s lap and the neck of the powerful brown and white warhorse.

“It was the white werebear, the she-devil Gothma, which rumor says now does the bidding of the ice maiden, Hulda. It’s never been so emboldened. Prefers to pick off unwary travelers,” she said, bitterness punctuating that last observation. “Perhaps it thought it could kill ol’ Toothless. But I think not. I led the delegation until my uncle came on a whim.”

“If so, Gothma behaved strangely, avoiding my every attempt to do battle with her,” Ebba said. “Once she had done her bloody work, she fled rather than engage me. It is a cowardly thing.”

“I couldn’t help but admire your brooch,” Yaznexitoken said. “Unusual design. Is it an heirloom?”

“It’s twin was worn by my late mother,” Ebba said.

“Uffi said we go to avenge her. How so?”

“These lands were once ours,” she said. “My father was slain fighting under Uffi’s banner. My mother, then pregnant, set out to reclaim the body. In grief, she paid no heed to the gathering snowstorm and had only an elderly warrior for protection. They did not make it. Searchers later found their slain bodies, clearly the work of the werebear. Orphaned, I became Uffi’s ward.”

“A sad story. You have my condolences,” Yaznexitoken said. “I must be honest about my martial prowess. My unit, the Imperial archers are effective because we are a thousand kobolds launching a thousand arrows. But a single archer is a poor substitute for even a squire.”

She laughed. “Did you believe I thought otherwise? You stay alive, emissary. That’s your job. If I die, you return and tell Uffi of my bravery.”

“What of your horse?”

She shrugged. “If I die, the werebear will, in all likelihood, eat the horse.”

The werebear’s prints were unmistakable. It led to a cave. Ebba did not appear surprised. She drew her sword with determination. She then lit a torch and handed it to the kobold.

“I can’t hold bow and torch,” Yaznexitoken said. “Besides, I really don’t need this to see.”

They did not have to explore much of the cave before they came to Gothma’s lair. The werebear, wearing piecemeal armor and an eyepatch, was an old warrior with scars and great girth. Although slouched, it towered over them.

“She said you’d come,” Gothma said in growling speech. She glanced back. Then the bear, squinting, appraised her foe. “Oh, how you’ve grown. I see your mother in you.”

“You coward!” Ebba said, advancing purposefully, sword held in a forward guard. “You slew my mother. And you’ve attacked my kinsmen. But me, you would not fight.”

“Yes,” the bear said, wheezing as it breathed. “So you’d fight me here!”

Gothma made a lumbering swing at Ebba, hind paws landing heavily on the floor. The kobold scampered away toward a hiding place in the rocks. Ebba ducked, but did not falter, striking fast. Her sword sliced the hide of the bear underneath its arm.

The werebear howled in pain. But it could not pivot quickly enough. Ebba came at Gotha’s blindside, where the telltale eyepatch was. This time she drove the sword in deeply.

“I am released. The vow, fulfilled,” Gothma said. The bear slumped, Ebba’s sword embedded in its rolls of fat and flesh. As she withdrew the weapon, Gothma breathed her last.

Yaznexitoken emerged. “So, it is finished.”

“Not quite,” Ebba said, sword again raised in a forward guard. “Show yourself, Hulda.”

The ice maiden stepped into view, wearing rough-stitched deerskin, holding a rod of ice. Her skin had a blueish hue; a creature of spirit, of magical cold.

Viewing the two in profile, Yaznexitoken registered their unmistakable resemblance. They had the same build, hawklike nose and fair hair. Attached to Hulda’a fur cloak was a brooch identical to Ebba’s.

“My sister, lower your guard,” Hulda said, her voice crisp.

“I think not,” Ebba said. “All know the lore of the ice maiden. Lonely are you. You beckon my approach, then with your kiss, freeze my heart, and so enchant me, so that I would never leave your side.”

“Are we not bonded by blood? Should we not come together?”

“I see no resemblance,” Ebba said.

“Really?” Yaznexitoken blurted out. The women turned to him. Hulda smiled, Ebba wide-eyed at the interruption.

“As Gothma slew Mother, she made a desperate plea to the gods of the Frozen Reach,” Hulda explained. “She begged them to save her child. So they acted, imbuing me with their powers, and exacting a vow from the she-bear to raise me, which she did, however reluctantly.”

“To set right what Gothma spoiled,” Yaznexitoken said, understanding. “She had the bear slay the jarl and his wife, so the hall would be yours.”

“And drawing you here, you did what my heart and compulsion for companionship would not allow, end Gothma’s binding enchantment; in effect, releasing her, too.”

With the blade at rest, her grip slack on the hilt, Ebba approached. “Why would you do this?”

“Love, my sister,” Hulda said. “With ice magic I have watched you. I have seen you play in the green fields of summer, dance among daisies, yet weep for the mother you lost. In Uffi’s household, you grew up lonely, for Toothless is a man whose heart is locked away.”

Hulda took Ebba’s hand in her own. “I wept for you.”

“It is now time to set me free, send me to Valhalla, to be at Mother’s side, as it should have been,” Hulda said. “Your sword cannot do it. Only your love. Kiss me now. Grant me this heart’s desire.”

“I must trust this to be true,” Ebba said, leaning in tenderly, lip to lip, hot pressed to cold, their blood as one.

A single tear trickled from Hulda’s closed eyelid, crystalizing into ice upon her cheek. Mesmerized, Yaznexitoken watched as it melted, then completed its course down her face. His gaze followed the tear down, until it hit the cave floor with a tiny splash.

At that moment, Hulda’s whole body turned to liquid, drenching the older sister in a baptism of ice water.

Ebba, soaked and shivering, stood for a moment, looking into the space her sister once stood. Then she knelt down. In the dim light, she searched with her hands. She clutched something and rose.

Stepping into the light of Yaznexitoken’s torch she opened her hand. The kobold looked upon it. It was the matching brooch.

They both marveled at the sight. It was encased in ice.