Skip to content
Home / Delve into the Depths in the Kobold Blog / Howling Tower: Strategy 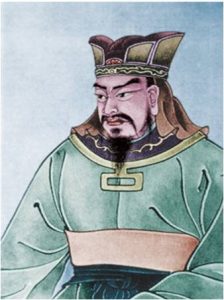 “All that matters is that today, few stood against many.”

—Conan the Barbarian (and John Milius)

Roleplaying games grew out of wargaming, and to those of us who followed the same vector, the pull of wargaming is still strong. But you don’t need to be an old-timer to feel the tug from strategy and tactics.

Wargaming has important lessons to teach DMs and players about building drama in games. That might surprise folk who don’t play wargames. Pacing, tension, and, above all, balance are major concerns for the wargame scenario designer.

We talk a lot about not railroading players with a one-track adventure plot, but little is said about railroading in combat. I’m not talking about tactics here. In military terms, tactics are the actions taken during a fight—focusing attacks against the hill giant instead of the ogre, using the fireball at the start to soften up the enemy instead of holding it back for later, and other immediate decisions. There might be right and wrong courses of action during a fight, but players usually have complete freedom to choose.

Of greater concern is a lack of strategic options. Strategy deals with what leads up to the fight and determines where and how the fight will occur. More often than not, these decisions are forced on players. That can be the fault of a published adventure that lays out specific battles in great detail, right down to where the monsters and the PCs are standing when the first ax is thrown. Beginning GMs use those setups and become trained to think in those terms. Orchestrating battles to that extent is railroading just as surely as telling players whether they should turn right or left at an intersection.

To promote strategic freedom, it helps to understand the basics of strategy. For that, we turn to Basil Liddell Hart, a British military philosopher of the 20th Century who wrote a book called, appropriately enough, Strategy. In it, Liddell Hart restates and updates the writings of Sun Tzu, the brilliant Chinese general who wrote The Art of War around the 3rd or 2nd century B.C. People love to talk about The Art of War, but the book is hard to understand. Sun Tzu’s writing is poetic, sometimes metaphorical, and often puzzling. Liddell Hart puts Sun Tzu’s principles into plain English for the modern reader.

1. Adjust your ends to your means.

2. Keep your object always in mind, while adapting your plan to circumstances.

3. Choose the line (or course) of least expectation.

4. Exploit the line of least resistance, so long as it can lead you to any objective which would contribute to your underlying object.

5. Take a line of operations which offers alternative objectives.

6. Ensure that both plans and dispositions are flexible—adaptable to circumstances.

7. Do not throw your weight into a stroke whilst your opponent is on guard—whilst he is well placed to parry or evade it.

8. Do not renew an attack along the same line (or in the same form) after it has once failed.

What does all of that mean for the roleplayer? It means that characters should have the freedom to make meaningful decisions that affect where, when, and how they will attack their foes.

Above all, it is a primer on how a weaker force can fight a stronger force—and isn’t that the recipe for heroism? When the heroes are outnumbered and outgunned, as they often will be, they shouldn’t win through by direct assault and somehow “wanting it more.” Letting that happen is, in my experience, a slap in the face to serious players. It’s equivalent to the GM saying “I don’t trust you to get out of this on your own, so I’m going to throw you a fight you can win.”

The players, through their characters, can defeat a stronger, more numerous foe if they understand strategy and the GM allows them the freedom to think and act in strategically meaningful ways. For the GM, Liddell Hart’s maxims can be restated this way.

1. Allow players to change the terms of victory, at least temporarily.

2. Allow players to switch gears as the situation changes; don’t force them to keep following a course that isn’t working for them just because it’s working for you.

4. Leave weak spots along some of those approaches for the characters to discover.

5. Build adventures with multiple objectives that can be achieved in more than one sequence.

6. Ensure that both plans and dispositions are flexible—adaptable to circumstances. (This one is the same for everyone.)

7. If the characters do the predictable thing, assume that the monsters have predicted it. If they do something surprising, let them gain a suitable advantage.

8. Have the opposition react to attacks by reinforcing where they perceive the greatest threat. Remember that reinforcing one place generally means weakening another place. (I’m using “place” generically here, since in games, attacks aren’t limited to geography. They can be social, psychological, even spiritual.)

Encouraging players to think strategically, giving them the freedom to do so, and rewarding them when they do it will lead to a richer game with interesting decisions, plenty of action, and deeper involvement for the players.

What’s your tale of strategy winning out over desperate odds?