Skip to content
Home / Delve into the Depths in the Kobold Blog / Heritage of Heroes: Gearforged 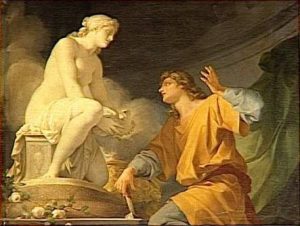 For all the races in the world… what about the subraces? Heritage of Heroes brings you variant racial features for Midgard to help your hero stand out from the pack.

The following variant traits allow you to play a gearforged that is inhabited by the spirit of an elemental, rather than the soul of a creature that has passed away.

Gearforged in Midgard were originally crafted by wealthy humans and dwarves as ways to survive after death, but some are animated with the life force of elementals to serve as soldiers, butlers, and laborers. Instead of undergoing a soulforging ritual, elemental gearforged are created through a spiritbinding that reaches into the Elemental Planes themselves.

Instead of your racial Ability Score Increase, you instead may choose one of the following feats. Traditional gearforged may augment their soul gem with an elemental core by undergoing a spiritbinding ritual (see below) to gain the benefits of one of these feats.

You bear the power of elemental water in the core of your being. This ever-shifting power grants you advantage on saving throws against damage-dealing spells.

Additionally, you can cast create or destroy water three times per day.

Within your iron heart is the burning essence of a fire elemental. Its chaotic power explodes whenever you score a critical hit with a spell attack that deals fire damage or a melee weapon attack, increasing the damage dealt by 1d6 fire damage.

Additionally, you know the produce flame cantrip. Constitution is your spellcasting ability for this spell.

A core of dwarven bronze surrounds the mountain-shaking power of your elemental heart. Whenever you take the Dodge action, a layer of stone covers your body, granting you resistance to nonmagical bludgeoning, piercing, and slashing damage until the beginning of your next turn.

Additionally, you have advantage on Strength saving throws to resist being moved or knocked prone.

Your elemental core is made of cloudy crystal that churns internally with black stormclouds. Whenever you fall, you may cast the feather fall spell on yourself as a reaction.

Additionally, you know the shocking grasp cantrip. Constitution is your spellcasting ability for this spell.

Similar to the soulforging ritual that gives life to many gearforged, elemental gearforged are imbued with life through the ritual of spiritbinding. A spiritbinder conjures an elemental and forces it to bond with a rune-etched core inside the construct’s chest.

The spell is available to wizards and clerics but cannot be added to a wizard’s spellbook as one of the two spells learned for gaining a level. Instead, it must be found in written form and copied into the spellbook. Clerics can prepare this spell only if they worship a god of the specific elemental spirit they are channeling.

Before the incantation begins, you must create a circle inscribed with Auran, Aquan, Ignan, or Terran runes, depending on the type of elemental you intend to bind, and place an inert gearforged body in its center. You must chant an incantation in this language throughout the ritual. At the end of this period, an elemental is summoned into the circle. The caster must make a DC 16 Charisma saving throw to bind the elemental to the construct. If it fails, you take 2d10 psychic damage and 2d10 damage based on the type of elemental (lightning for an air elemental, cold for a water elemental, fire for a fire elemental, or bludgeoning for an earth elemental) from the primal energy radiating from the elemental. The gearforged chassis also fails one death saving throw and is destroyed if it fails three saving throws. If you choose not to maintain the spell or are unable to do so, the elemental is instantly killed, and you drop to 0 hit points and are dying.

If the save succeeds, the elemental is bound to the elemental core and immediately animates the constructed body. The gearforged has its own personality and retains none of the elemental’s memories but might recall fragments as time passes.

If the spellcaster dies during a spiritbinding, the elemental is also destroyed and completely consumes the constructed body.

Up to four other spellcasters of at least 5th level can assist you in the ritual. Each assistant reduces the DC of the Charisma saving throw by 1. If you fail this save, each assistant takes the same damage you do. An assistant who drops out can’t rejoin.

3 thoughts on “Heritage of Heroes: Gearforged”