Skip to content
Home / Delve into the Depths in the Kobold Blog / Guest Article: You Got Technology in My Fantasy Setting

Since we’ve been busy today doing “other things,” we decided to put up this guest article by one of those writers over at Gnome Stew. We just found it somewhere, but we might as well run it… It will fill the gap while we’re away and totally not doing anything nefarious with technology… 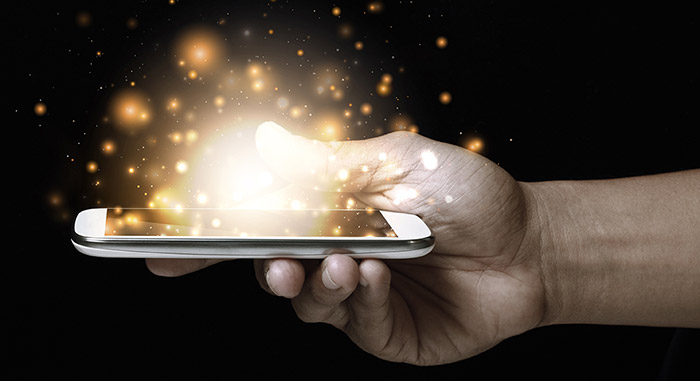 (Tech in fantasy could lead to some bad places. I mean, can you imagine kobolds with computers! Ugggh. Kobolds with cybernetics… Ugggh. Kobolds in general! Ugghh. Now Gnomes with tech would make awesome cyber characters. Note to self, never google “Gnome Cyber” again, and clean up these notes before you publish this article. -JA)

The Purpose of High Level Tech in a Fantasy World

Part of the reason that tech and fantasy tropes don’t often get along for some is that they fulfill the same purpose. Technology, even the simplest lever, is an empowering force that gives a person much more capability than they would have on their own. Magic in roleplaying games has a similar function, but a different flavor. Any character with magic has a significantly broader scope of abilities and a “bigger lever” than one without. Sure, the fighter can swing their sword really well, but the mage can levitate, create a damaging blast of fire, and change the color and taste of that horrible soup. The counterbalance to magic is that it is fairly rare in most settings, something for the select few people willing to put a lifetimes’ worth of time and effort into, or those born into it by luck, have at their commands. In order to make high tech in a fantasy world different from magic, it should be available outside the select few, have the capacity to cause change in the world, and be an equalizing force against magic.

Small bits of high technology in a fantasy world do very little to actually change a setting. One alien blaster in the hands of a player character creates the same effect as being a mage rather than a fighter. Technology in the hands of the many, even as simple as gunpowder muskets being fairly reliable and common, can turn a peasant army into a force capable of taking on dragons and giants. Bring in a higher level of technology available to the masses and it creates an even greater change on a fantasy world and brings up many questions. Do elves and faery’s mystical nature clash with high technology? Do other races use technology to gain advantage in the world in a way they never would have before — Dwarves building even bigger kingdoms with backhoes? Humans spreading even further over the land due to better means of transportation? Kobolds turning their trap making skills into incredible hacking skills and sabotaging the websites of good people?

(Why do I keep going to that theme of kobolds with tech? Man, my mind is going to weird places today. And why do I feel like I hear digging under the server room’s floor? -JA)

Fantasy of the Future or Dealing With a Sudden Tech Incursion?

A central issue to including high level technology in a fantasy setting is how it gets there. Is the world setting one where technology evolved over time, and people have had time to get used to it, or is it one where technology comes from an outside place and causes massive change in the world. Settings like Dragonstar envision a typical fantasy world taken to the extremes of technology and magic. In settings like this, the people have all adapted and changed in their own ways and utilize technology that grew with them over time. Dwarves may build incredible cities with architecture that only mages could have dreamt of before. Wizard towers may have cell phone antenna attached to them, but telepathy and sending spells are still in use for those who want to avoid high contract fees to the three halfling wireless companies. In contrast, a world where technology is brought in through a dimensional rift, time travel, or from some disconnected society of advanced science, cause incredible changes in the structure of the world. For a while, this technology is as rare and unique as magic, but as its secrets are unlocked and it becomes a more common element of the world, it will cause societal change at an increased pace. This concept could even be the central focus of a campaign — the wars to control or gather advanced technologies or the fight against those who would hinder it.

Technology in the Wrong Hands

One central plot of many stories is technology gone wrong, and including high technology in a fantasy world can create incredible imbalances. Imagine technology in the hands of a corrupt king or the leader of a dark army. In most campaigns, the power of the Big Bad Evil Guy (or gal) comes from one central figure or item of power, or it is because of the armies’ access to incredible monsters or weapons of power, but when the BBEG’s advantage comes from the fact that it has easily reproducible technology that it can spread across its army, then how can one band of adventurers overcome? In a game like this, the fight might be to acquire the same technology to even the playing field.

Technology can be put to even worse uses. Imagine if Kobolds did get access to incredible technology by raiding an alien spaceship. The adventurers that went into that warren would have much harder times detecting traps that used laser sensors or suddenly disoriented them with strobe lights, to name an innocuous few. Even worse, imagine high-level explosives buried in a pit trap instead of just carved wooden sticks. Kobolds are annoying enough without access to something that would put them on par with stronger races.

(I swear I keep hearing digging! I better post this draft to the gnome-a-lo-tron 2.0 and check that sound out, or I could just read a comic book and not worry about it. Yeah. Also, why am I writing everything I’m thinking down in some sort of meta-expository arc. That makes no sense at all.)

Technology can be an incredible addition to most standard fantasy settings. It provides a level of power to the masses that is usually only reserved for the few, and it can have great impact on the world settings by changing one or two factors of the societies with access to tech. What are your favorite world settings  with technology and magic? What issues do you find when technology and magic are mixed?