Skip to content
Home / Delve into the Depths in the Kobold Blog / Focus on Transmutation: Magus Arcana 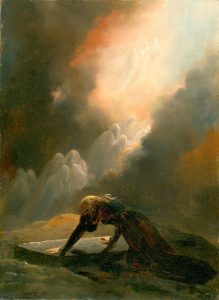 Magi have long wrestled with the balance between their love of swordplay and the power of a borrowed physical form. A polymorph effect often robs an unprepared magus of valuable weapon options such that it is a mixed blessing at best. To avoid some of these frustrations, some magi have achieved a unique balance between their transmutation magic and martial training, demonstrated by the following magus arcana.

Corrective Polymorph: As a swift action, magi can spend a point from their arcane pools to augment the next polymorph spell they cast. If they do, the spell heals the target of 1d4 damage per spell level as it takes effect. If the spell has multiple targets, the healing is divided evenly between them.

Flesh Rune: Magi have a tattoo or brand of a rune on one of their extremities. The rune remains in place even during polymorph effects. The rune must be of one of the following: kaunen or turisaz. Magi can use the rune’s weapon-augmenting power to augment a natural weapon on the extremity on which it is etched by expending a point from their arcane pools (instead of spending a daily use of rune power).

Runic Arcana: Magi choos one of the following runes (Deep Magic, page 280): kaunen, laukaz, mannaz, nyköping, raido, turisaz, uruz. They can draw upon that rune’s powers as if they have the Deeper Rune Lore feat (Deep Magic, page 287) for that rune. If the magus already has access to that rune’s power, he or she instead can use the rune’s power in place of casting a spell when using spell combat. Magi can gain this arcana multiple times; each time they do, they must select a different rune.

Suppress Transmutation: Magi can precisely control the effects of a transmutation spell affecting them. They can suppress an effect or resume it as a move action by spending a point from their arcane pools. Suppressing the effect negates it for 1 round, after which it resumes affecting that magus, but time it spends suppressed still counts against its duration.

Transmuted Spell Combatant: While under a polymorph effect, magi can use spell combat to make attacks with all but one of the natural weapons available to them and cast a spell. The natural attacks suffer the same attack penalty as normal for spell combat and cannot be combined with manufactured weapon attacks. Magi must still provide the spell’s components. Magi must be at least 9th level to select this arcana.

Violent Transformation: When magi cast a transmutation spell and targets themselves with it, they can make an attack as a swift action. Magi must be at least 12th level to select this arcana.