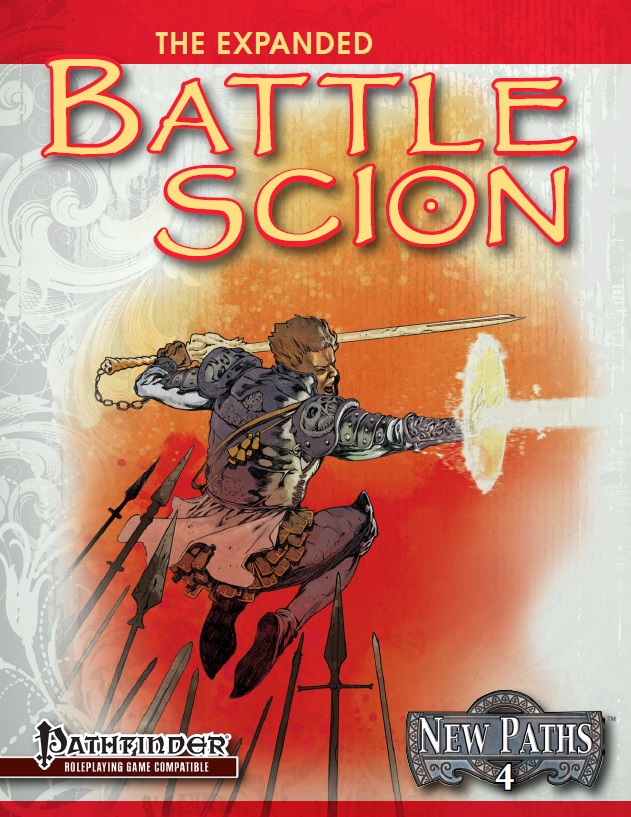 For years, Pathfinder Roleplaying Game fans have lamented the absence of an ‘arcane paladin’ type of class – one with full base attack bonus, limited spell access (to arcane spells instead of divine) and a small set of interesting, flavorful special abilities.

Lament no longer! The Expanded Battle Scion is just such a class!

If you dream of scattering your enemies with a powerful force attack before finishing them off with lethal bladework, New Paths 4: The Expanded Battle Scion is for you! Get it at Paizo or DriveThruRPG today.