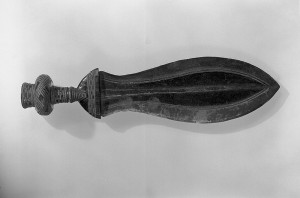 The Band of the Black Shroud

A particularly vicious group of Dark Stalkers, the Band of the Black Shroud seeks to rob those who travel on the paths above their homes. Often times, an hour or two before dawn, a greater degree of darkness will fall upon the camp of travelers and the Dark Stalkers will erupt out of the mist, driving minions like the Dark Creepers before them. The most dangerous targets (awake or asleep) are usually targeted first, followed by the rest of the group, though the Black Shroud does prefer to strike at weakly defended targets whenever possible. Treasure is quickly gathered and taken down toward their homes, and cunning traps disguise the entrances so as to avoid pursuit by high-minded adventurers who are sticking their noses into things.

Working under their symbol of a pitch-black knife, this group of Dark Stalkers answers to no one but themselves and tends to leave as quickly as they arrive. Nobody is entirely sure why they act the way they do; however, it usually isn’t too long before some evidence of wrongdoing pops up, for many of the targets that have been murdered in their sleep. Five days before death, targets find a pitch-black knife stabbed into their door, and most are increasingly overcome with fear as the days tick down until their scheduled demise. Those who seek to shelter the targets of the Dark Knife also seem to be considered valid targets by the group, though targets have to be careful who they hire, in case their guards figure out why they’re being targeted in the first place . . . on the other hand, if an attack is repelled, the Dark Knife have never been known to try again, so quite a few soon-to-be victims are willing to take their chances.