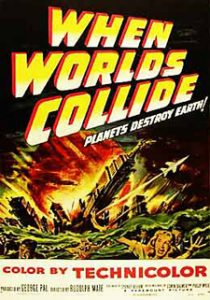 I’m licking my chops and looking forward to NorWesCon this weekend (obligatory con schedule link). Partly, I love it because it’s always a good show for both gamers and non-gamers. It’s heavy on costuming (my daughter’s take was “Look at all the princesses!” last year). Partly, I’m looking forward to it because the gaming track has improved sharply. Mostly though, I love to watch Worlds Collide!

Let me back up a bit. For me, the panels are where the action is at the show; it has a crazy-great guest list every year. Since I’m moderating a couple of the panels, I’ll do some prep work, of course, make sure I can set up some ground rules and offer a list of points for discussion (just like prepping for game night). I will not, alas, have my trusty GM screen between me and the audience. Maybe I’ll bring some dice, though, or some handouts. Maybe a printout of the galleys for Sunken Empires because it’s just so beautiful.

Anyway, the whole local tabletop RPG world shows up for NorWesCon: Wizards of the Coast, Paizo, Green Ronin, and others. Everyone knows who’s who (I recently realized that the RPG industry probably has less full-timers and freelancers than my high school graduating class did), and most of them get along, most of the time. But everyone is oddly both competitive and polite. We all know each other too well.

So perhaps it’s not a surprise that I think the best panels are the ones where NorWescon crosses the streams of fandom! Yes, it’s true; the NorWesCon organizers are a wily lot, and they will take gamers and stick them on the same panel with comic book artists (ask Jeff Grubb about that panel), or editors and put them on a panel with film buffs (I tried to keep up), and even put engineers and SF authors on the same panel as, oh, musicians and copyright activists. When Worlds Collide, indeed.

Maybe, I’ll do up a convention report with photos and mini-interviews about the collision of gamers and SF geeks, fiction and play. Which game industry type would you most like to see captured on video? And which non-designer author or artist might you want to hear from? I understand Cory Doctorow is a Guest of Honor, and he was a gamer in younger, less globe-trotting days.

6 thoughts on “When Worlds Collide”