Skip to content
Home / Delve into the Depths in the Kobold Blog / Beyond Damage Dice: Monk Weapons, Part 3 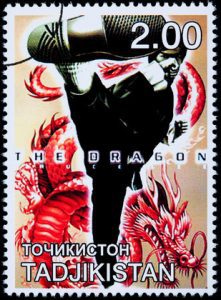 A weapon is more than the damage it deals. In combat, skilled warriors use their weapons to confuse, disorient, and disadvantage their enemies before moving in for the kill. Beyond Damage Dice ties unique maneuvers to weapons from both the core rules and the Midgard Campaign Setting, giving them a distinct impact on the battlefield. This first part of the monk weapons series presents new maneuvers that monks can use with slashing weapons.

The term daitō refers to any Japanese longsword, including the famous katana. Most daitō are curved blades with a single slashing edge, though some ancient Japanese swords like the chokutō or the tsurugi were straight blades with two slashing edges, not unlike the European longsword. The daitō is mechanically identical to a longsword, and a monk can also use these maneuvers while wielding a longsword.

Lock Blades. When a creature attacks you with a weapon, you may use your reaction to attempt to lock blades and parry their attack. Make an attack roll with your longsword. You have advantage on this roll if you are wielding your longsword with two hands. If the result of this roll equals or exceeds their attack roll, their attack misses. (Originally included in Beyond Damage Dice: Swords.)

Short Draw. As an attack, you may draw a sheathed one-handed sword and make an attack roll to strike the enemy with its pommel, leaving the target gasping for breath. This attack deals no damage, but the next attack roll made against the target has advantage. You must have at least one hand free to take this action. (Originally included in Beyond Damage Dice: Swords.) 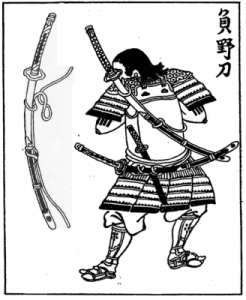 The ōdachi is a large sword with a single cutting edge, typically used by samurai in the Muromachi period. These massive swords carried immense power and fighting with one emphasized strong, downward cuts. Just like the German zweihänder and Scottish claymore, ōdachi were rarely worn on a warrior’s person. Typically, a follower would carry the sword and hold its scabbard as the warrior drew the weapon. The ōdachi is mechanically identical to a greatsword, and a monk can also use these maneuvers while wielding a greatsword.

Arcing Slash. When you make a melee weapon attack with an ōdachi, you may choose to target two creatures within your reach with a single attack. This attack uses the same attack roll for both targets and deals slashing damage equal to 1d6 plus your Strength modifier to each target. (Originally included in Beyond Damage Dice: Swords.)

Grinding Halt. Whenever you must make a Strength saving throw to avoid being moved against your will, you can dig the blade of your ōdachi into the ground as a reaction. Roll 2d6 and add the number rolled to the saving throw. If the effect pushing you does not have a saving throw, you move 5 feet fewer. (Originally included in Beyond Damage Dice: Swords.)

Overhand Cleave. When you make a melee weapon attack with an ōdachi, you may make the attack with disadvantage. If the attack hits, it deals an additional 1d6 damage.

As with most monk weapons, the ono or masa-kari axe was not designed for war but was adapted from farmers’ tools. This simple battleaxe is strongly associated with the legendary folk hero Kintarō, a child of superhuman strength raised by a yōkai spirit atop a mountain. This weapon is mechanically identical to a battleaxe, and a monk can also use this maneuver while wielding a battleaxe. In the rare occasion that ono were made for war, they could have hafts up to six feet long, making it more akin to a halberd.

Crushing Blow. As an action, you can make a single attack roll with your battleaxe against an armored or naturally armored creature within 5 feet of you. If the attack hits, the target’s AC is permanently reduced by 1 until its armor is repaired, but cannot be reduced below 10 + the target’s Dexterity modifier. This attack has no effect on creatures with magical armor, unless your battleaxe is also magical. (Originally included in Beyond Damage Dice: Polearms and Axes.)