Skip to content
Home / Delve into the Depths in the Kobold Blog / Behind the Spells: Water Breathing

Welcome back to Behind the Spells, the series that provides a historical background, secret effects, and related material to classic spells of the world’s most famous fantasy roleplaying game. The rules (presented after the “Spell Secret” header) are compatible with any 3.5/OGL fantasy game, and the background weaves the spell into the lore of the game’s previous three editions. Each “Behind the Spells” release is narrated by an ancient gold dragon named Maxolt Alberiim. 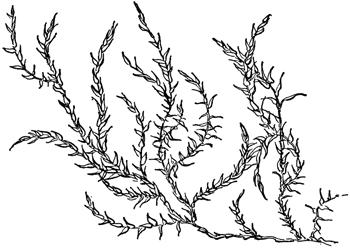 Creator
Centuries ago, the wizard Ulias Mournes was born in the village of Aemer, a tiny set of huts nestled against Rainbow Bay. Ulias and his sister Vriel, the only druid in the region, grew up playing around the bay and the Sea of Destiny that fed it. When Vriel learned to cast the divine version of water breathing, brother and sister took their adventures beneath the waves. Now in their twenties, the siblings knew to take care beneath the deceptively calm depths.
[More…]
Instead of visiting far off lands to gain fame, the Mournes siblings stayed in the village. Over the years, they helped Aemer and other villages around Rainbow Bay fend off goblinoid attacks, disease, and hunger. Even during the worst of times, the pair could often be found beneath the water. Vriel cataloged the various aquatic flora and fauna while Ulias was just happy to share the underwater experiences with his sister. Their young lives were relatively happy ones but that was about to change.


During one of their underwater forays, the Mournes met an injured aquatic elf who mistakenly swam into the bay. From what I could piece together, the elf was separated from his companions when a group of the evil sahuagin attacked, and the elves fled in different directions. The elves were journeying to an underwater oracle (a giant sentient pearl) and carrying a special ring which would give them access to the oracle’s resting place. Before dying from his wounds, the elf entrusted the ring to the Mournes; he knew of their previous good deeds. When a small group of sahuagin appeared moments later, the siblings were caught off-guard. Vriel was slain before the last of the sea devils fell to Ulias’s magic.

Not just the people of Aemer but those of many surrounding settlements as well attended Vriel’s funeral a few days later. At the wake, Ulias learned that the sahuagin he and Vriel felled were part of a much larger force which annihilated the local aquatic elf population. The wizard had assumed he would return the ring to its elven owners but that no longer seemed to matter. Instead, Ulias hid the ring within his sister’s sacred grove outside of Aemer.

Word came the following week of the new spell competition at the first annual Thesktin Magefair (see the Summon Monster issue for further details), but Ulias was not particularly interested. But then he realized that such a competition might be just the way to honor and preserve his sister’s memory. Being an accomplished enough wizard to create spells, Ulias entered the contest and set about fashioning his spell. While certainly less ostentatious than some of the new spells debuted there, Ulias’s arcane version of water breathing was just the type of basic spell the judges were looking for. Dedicated to Vriel, that spell became the boon of every mage who had business at sea and “each casting,” said Ulias as he accepted his prize, “is a tribute to my sister’s memory.”

As for the hidden ring of the aquatic elves, that remains something of a mystery. Aemer and Vriel’s untended grove burned in a wildfire years after Ulias’s own death and no one who searched for the item ever found it. My research suggests it is still where the wizard hid it and the oracle it gives access to can not only see the future but has knowledge of a network of linked underwater portals spanning the lightless depths of the world.

Water breathing alters the target creature’s lungs so they can breathe an additional substance that is not normally inhaled. While specifically attuned to water, the water breathing spell can be used for defensive purposes by those talented enough to alter its casting.

With a successful Spellcraft check (DC 23), a skill caster can tweak water breathing so that innately harmful gases and smells are as safely breathable as clean air (although water will not be). Using this spell secret reduces the duration of the spell to only 2 rounds per caster level but the effect can still be shared among multiple creatures. This variation keeps targets safe from conditions such as (but not limited to): smoke, troglodyte stench, stinking cloud, certain breath weapons of metallic dragons, and vapor traps such as insanity mist, burnt othur, and ungol dust.

Related Research
Some people familiar with the story of Ulias Mournes and the aquatic elves’s ring that he hid have speculated about its powers. One particularly brave cleric of the water deity even ventured to another aquatic elven community in hopes of learning more about the ring and the oracle it reportedly gives access to. She did not learn much except that the oracle not only resides on the ocean floor but likely resides on the Ethereal Plane as well. With this in mind, she crafted the ring of access. Whether this ring in any way resembles that which Vriel gave her life to protect is unknown. What is certain is that adventurers looting underwater vaults and wrecked treasure ships have found it most useful indeed.

NEW MAGIC ITEM—Ring of Access
While wearing this ring, you gain a +10 competence bonus to Open Lock checks. In addition, twice per day you can shift yourself and one other creature touched to either the Ethereal Plane or, if you are already on the Ethereal, to the Prime Material Plane. These are the only planes for which the magic functions. As with any magic involving a planar shift, however, you run the risk of accidental transport if the power is abused. If the shift power is used more than twice per day, the ring transports you (and the potential traveler) to a random location on that plane (01-60 on d%) or to a random plane (61-100).
Moderate conjuration; CL 9th; Forge Ring, plane shift; Price 42,500 gp.

Behind the Spells: Water Breathing is the sixth in a series produced for KoboldQuarterly.com by Tricky Owlbear Publishing, Inc.