Skip to content
Home / Delve into the Depths in the Kobold Blog / Bank It! 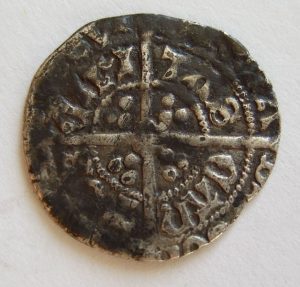 Traveling with one’s wealth can be troublesome and encumbering. Gold, gems, and platinum pieces are subject to theft or loss, and cherished astral diamonds, magic items, and priceless pieces of artwork are certain to present temptation to countless thieving guilds and freelancers alike. Also, thousands of pesky coppers would be far easier to spend when consolidated into currency of greater value, and it certainly would be lighter if an exchangeable paper equivalent existed. Best of all, when your wealthy liege falls on hard times, who will help finance your latest quest? The local bank, of course.

Banking in Your World

By introducing banking to your campaign, you can use exchanges to allow player characters to convert coinage and other valuables to less cumbersome denominations or into paper currency that is widely accepted and tradable in a campaign world. Bottomry, or lenders, can serve as the source of funds when times are tight. A player character can secure these loans with collateral, and, when delinquent or unpaid, the adventurer could gain a price on his or her head that attracts bounty hunters from all corners. Another source of funds can come from guilds, merchant houses, royal courts, and nobles in the form of letters of credit. Rarely honored outside their issuing organization, these letters are often long-winded and, to verify authenticity, encrusted with all form of seal and sigil. Also, unless made out to “Bearer,” they will require proof of identity for cashing, which could lead to potential intrigue if the adventurers lose a personalized letter of credit to someone who poses as the person named on the letter and succeeds at this endeavor.

Banks also provide vaults where wealth can be stored. Most charge a fee (or small fortune) for this privilege, depending on the terms, what is to be stored, and the level of security they provide. No bank is impenetrable or invulnerable to the thieving arts, though. Despite being of sophisticated design, brimming with cunning and lethal traps, and well-guarded, these vaults can become the target of amateur and professional alike. Think of the potential adventure hooks involved in a bank theft in your campaign. Did the player characters have something stored there? Or perhaps they seek to find something that someone else has placed within such a vault.

Certain classes and races may, by natural disposition and appropriate alignment, lean toward the banking profession. Dwarves covet gems and precious metals, and they have a natural tendency to build secure places in cities and underground locations. Their buildings are stout and tightly locked with elaborate security devices, and their neighborhoods and realms are always patrolled with the law meticulously enforced. Gnomish folk also fancy jewelry, gold, silverwork, and art, and they could be persuaded to join the ranks of the financiers, though their banks are more likely to be among the wilds than within town limits. Elves, when not busy singing about exotic treasures, may be inclined to guard or lend such treasures, using magical protection and illusionary deception to protect that which is placed in their charge. Humans, with their forts and barracks, make fine bankers, and they have places for reliable storage readily at hand. Though prone to gamble, they make reliable body or treasure guards. Metallic dragons that have not yet succumbed to aggression and selfish ways—those still noble and virtuous—are naturals for guarding material and magic on behalf of others, though their price for doing so must be truly enormous, and their loyalty precarious. Their kindred, the dragonkin, also make honorable and worthy security for any bank.

Getting Started in Banking

For an adventure or campaign world, a gamemaster can design a single bank or network of banks. In our own world, the roots of banking are found in the religious temples of the towns and cities of old. Well built, constantly attended, and of sacred deterrent to sticky-fingered types, temples afforded safe places for the storing of valuables. Banks in your world can reflect such simplicity: a series of stout temples with moats, crenellated battlements, and all sort of cunning traps; or they could be more complex buildings residing in other planes or hiding behind curses or illusion.