Skip to content
Home / Delve into the Depths in the Kobold Blog / 1,000-Word Rebuttal: Against the Fetish of Progressive Design 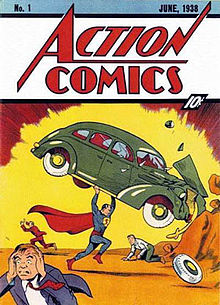 This blog hosted “Penny Dreadfuls: Against the Nostalgia Fetish in Fantasy Roleplaying” yesterday, a pleasant-but-perhaps-confused rant against nostalgia in roleplaying game design, and in favor of progress and modernity. Maybe I’m just old enough to see the upside of the conservative worldview, but let me be the first to say “bah, nonsense!” and offer this brief rebuttal in the voice of reason. I fully realize that in doing so, I can expect to insult every active gamer in a slightly different fashion than Mssr. Hebert did.

Yes, roleplaying games in general and Dungeons & Dragons and the Pathfinder RPG in particular do revel in the antique, the ancient, the dusty tomes—as part of the genre, and as a focus for world building. But this is hardly a fetish for nostalgia or a clinging to the outworn and lackluster rules of yesterday. It’s just part of the character of its novels and settings. Fantasy RPG fans also like Renaissance fairs, medieval weapons, and tales that lean toward sagas and hero-quests. Comes with the territory.

Steady Improvement
But RPG fans preferring antique game design? Not at all, and to the contrary. Most gamers are happy to recognize and embrace a core of functional, pleasurable, and workable rules, rather than chasing after every gaming fad and novelty.

Yes, sometimes these are the core rules you learned as a teenager. Some people are still playing OD&D, or AD&D, or Basic. But it’s a small-but-vocal minority of people who master the rules once, and then refuse to tinker, update, or adapt them.

More often than not, though, D&D fans are fairly quick to abandon the old in favor of the new and improved. Every edition of D&D depends on this–and I will bet if there is ever a 2nd Edition of Pathfinder, fans will first scream “heresy!” and then rush to see how things might be tweaked and improved. Certainly, the hobby will never advance quickly enough for some who shout “Faster! Modern! Discard your d20 class-and-level chains!”, but those gamers are perfect-rules-questers. They are always moving from one system to another, and the search for novelty is never satisfied, because by definition, once you have found it, it is no longer new to you.

Now, it’s true that some D&D players and Pathfinder fans are, in fact, delighted with the Old School, and the Old School Renaissance is even more hidebound in its delight in the old stuff. People enjoy games they understand, and once you have mastered a system, it takes a little work to change your rules and your play style. Not much work, though, and many gamers like nothing better than ripping into a new book of crunchy rules or a tome that brings new flavor to a setting we love. That is no crime: It’s comfortable and pleasant to revisit worlds and characters that delight us. The exact same human instinct explains the sequels to books, comics, and movies we love. Superman is 75 years old: The premise still works. D&D is almost 40 years old, and it is still fun to roll a 20 and clobber the orc.

In other words, a new or modern design is not always better. There is no guarantee of “progress” just because a copyright date is recent, and publishers release terrible games with distressing regularity. Treating newness with a little skepticism is the healthy sign of someone who has seen gaming fashions come and go: Remember all those crazy dice pools? Diceless RPGs? The peculiar fascination of the Comeliness stat? Many gaming trends have done okay for a while. But many new ideas wither and die, and the wise designer learns from the history of the field, tracing the evolution of styles and mechanics. The D&D style has been an enduring one. Perhaps that means it does some things absolutely right for its audience.

Experimental, Not Reactionary
I’d argue, further, that gamers are hardly nostalgic as a breed. Sure, everyone loves the adventures that introduced them to the hobby. (And why shouldn’t they? The wonder of the first time!) But rather than hewing closely to nostalgia, most fantasy gamers are tinkerers and homebrewers. They’re always dabbling, trying out a new mix in their campaign, adding supplements, dropping subsystems, and houseruling like crazy. The most popular genres and styles are also the most active laboratories of game design, and they are the crucible of what works, rather than what is new.

And this “what works” style is premised on a foundation of older things that, probably, have worked for decades: simple ability scores, a d20 system or a percentile system, a class-and-level framework or certain types of point-buy radicalism. This isn’t fetishizing old rules. It’s proper respect for things that the hobby as a whole points to and says, “Well, it might look a little odd, but it’s really great fun to do it this way.”

The core archetypes of fantasy—the wizards and warriors—are not subject to a lot of change. The rules we play by may slowly drift and ebb and alter, but the wise gamer does not chase every passing fad. The good ideas in game design will stick around for long enough to find their way into houserules and small-press releases, and—if they are truly great—find their way into the next edition. The junky, flashy progress of untested and unplayable systems fades away. This is, after all, why Kobold Press fights so hard to playtest as much as possible: Real play burns away excessive rules, design indulgences, unwise world-building decisions, poor choices in tactical maps. Only a fool discards the weight of accumulated experience.

What you call “fetish” and “nostalgia,” Dear Mr. Hebert, is what I call “time-tested” and “proven to work.” I’ll be happy to play any wild and progressive design you like, and I would be happy to find new ways to play faster, better, livelier games. But I’ll think carefully before I throw away the games that got me here.

Wolfgang Baur feels officially older than the hills after writing this essay. But dagnabbit, a d20 is a good tool for beginners and advanced players alike.

54 thoughts on “1,000-Word Rebuttal: Against the Fetish of Progressive Design”