Skip to content
Home / Delve into the Depths in the Kobold Blog / The Paladin: Expanding the Boundaries of Faith, Part IV 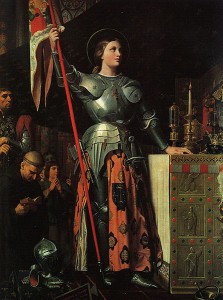 Previously I wrote about how the paladin should be expanded to allow different alignments, then laid out rules on how to adapt the paladin for the lawful neutral and lawful evil alignments. While the justicar and despot are much different than the standard paladin, they at least share the same rigid ethical structure. Today I change tack and lay out rules for playing a paladin with the same morals but much different ethics than the standard paladin. I bring you my rules for playing a chaotic good paladin, one I call the free one. To use these rules you will need to have the Pathfinder Roleplaying Game Core Rulebook.

The free one, or free man or free woman as may be, is a champion of freedom, love, and glory, and is usually found in the service of such gods. Ironically, despite their inclinations, they rarely serve deities with concepts like justice in their portfolios; the tenets of such deities tend to support the laws and courts of the realms, and the free one knows all too well how the letter of the law counts more than the spirit in such places. These paladins believe in the greater good, in bringing evil to heel, and in fighting oppression in all its forms. They are often looked down upon in “polite” society, since their code often views taxes and strict laws as oppression.

The free one is meant to be used as the “Robin Hood” character—the adventurer who does what is right regardless of the consequences and who opposes those who abuse their authority. He or she serves best as the cornerstone of the front line, using the bonuses conveyed by class abilities to bolster allies and hinder enemies. In the roleplay aspect, the band of wandering heroes helping out wherever they can is the best place for a free one; in this scenario he or she helps out and moves along to the next adventure without having to risk too much trouble with authorities. On the other hand, a campaign where the party is fighting against an evil regime is also a place for the free one to shine: in such a scenario the free one would be exceptional as the face of the party, leading a band of freedom fighters.

As an NPC, the free one is ultimately best as the good-hearted rogue that occasionally butts heads with the PCs or who recruits them into his or her mission to fight against tyranny and oppression.

Role: The free one serves best in a support position on the front line. While capable of serving as the face of the party, the free one’s code could cause problems in dealings with the authorities in many campaigns.

The free one uses the rules for the standard paladin from the PFRPG Core Rulebook, using the following changes:

Aura of Protection (Su): At 3rd level, the free one’s dedication to defending the downtrodden reaches out as a palpable aura. Each ally within 10 feet of the free one gains a +1 sacred bonus to AC; this bonus increases by +1 at 9th level and 15th level. This ability functions only while the free one is conscious, not if he or she is unconscious or dead. This ability replaces aura of courage.

Mercy (Su): As the paladin class feature, with the following options added.

3rd Level: Resist Charm—The target gains a saving throw to end a charm effect, with a bonus on the save equal to the free one’s Charisma modifier.

Code of Conduct: A free one must be of chaotic good alignment and loses all class features except proficiencies if he or she ever commits an evil act or fails to fight against abusive laws and authority; the sole exception to this is when a free one can twist a law to punish those who abuse it. A free one’s code resembles the standard paladin’s code in many ways, but where a standard paladin is bound to obey legitimate authority, a free one is expected to defy it. To a free one, only the gods have any true authority, and they ceded that to mortals by giving mortals free will. A free one is bound only to respect authority that comes from the respect or love of the common people, and to fight against any law that benefits one person at the expense of another. A free one is honor-bound to encourage people to fight for what they believe in and to help those who do.

Associates: A free one is free do do as he or she feels is right and travel with whom he or she wishes. The free one will not travel with anyone who consistently offends his or her moral or ethical code. Exceptions are given if a free one actively tries to change his or her associates’ ways, but even a free one has to admit there are limits. A free one will accept henchmen, followers, and cohorts only of non-evil and non-lawful alignments.

Former Free Men: As all paladins, a free one loses all class abilities except for proficiencies if he or she ceases to be of the required alignment or violates the code of conduct, and the free one cannot gain class levels in free one until he or she has atoned as per the spell.

The free one can be slightly more challenging than the previous options I’ve laid out, for both players and for those running a game. A character designed to question authority can quickly ruin the fun of everyone playing if there isn’t an understood level of what is acceptable play and what isn’t, but even with that risk it I would greatly recommend this option for campaigns that run in an episodic style. As always, I leave it up to the individual GMs to decide how to use and implement these rules.

I hope you’ve enjoyed this series so far and I hope you stick around for the next entry, which will be the nihilist, the chaotic neutral paladin.

1 thought on “The Paladin: Expanding the Boundaries of Faith, Part IV”