Skip to content
Home / Delve into the Depths in the Kobold Blog / The Many Spirits of the Shaman: Archetypes for the Shaman Class (Part 3) 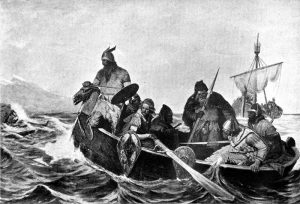 The houngan is nearer than other shamans to otherworldly and divine forces, yet even a houngan doesn’t fully understand these forces. This shaman keeps in contact with the world of the dead, delivering messages and seeking advice–and sometimes making the dead rise to fight again. This might not always be seen as an evil act, depending on the shaman’s alignment, deity, and motives.

Patron: A houngan selects one of the following witch patrons at 1st level: Ancestors, Death, Occult, Plague, Portents, Spirits, or Unlife*. Patron spells are added to the houngan’s list of spell known.

Spirit Sense (Sp): A houngan can detect the presence of undead and outsiders at will. This ability functions like detect undead, but the shaman can detect both types of creatures. This replaces wild empathy.

Voice of the Grave (Su): You can speak with dead, as per the spell, for a number of rounds per day equal to your shaman level. These rounds do not need to be consecutive. At 5th level, and every five levels thereafter, the dead creature takes a cumulative –2 penalty to its Will saving throw to resist this effect.

At 16th level, the houngan can employ a use of channel energy to make enemies with an aura of opposing alignment flee before him or her. If the houngan chose Alignment Channel at 12th level, the enemies’ aura must match the alignment chosen at the time he or she took the feat; otherwise, the houngan must choose chaos, evil, good, or law, and he or she can turn only enemies of the chosen alignment. Enemies receive a Will saving throw each round to negate the effect. The DC for this Will save is equal to 10 + 1/2 the shaman’s level + the shaman’s Charisma modifier. At 20th level, undead cannot add their channel resistance to the saving throw against the shaman’s power of the grave ability. This replaces wild shape.

Margherita Tramontano is an Italian literature teacher. She writes in Italian, English, and Latin, and she has published articles in Wayfinder #6 and #7 (and maybe soon #8). She is also a contributor to the MCArchetypes project.

1 thought on “The Many Spirits of the Shaman: Archetypes for the Shaman Class (Part 3)”