Skip to content
Home / Delve into the Depths in the Kobold Blog / Terrors of the Dragon Empire: Scorpion Assassin 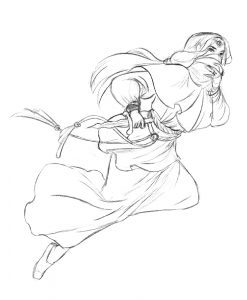 The Mharoti Dragon Empire is the scourge of Midgard and the Southlands alike. The vast armies of the Dragon Empire march relentlessly across the known world in their endless wars of conquest, spreading fear and chaos wherever they go. The creatures that make up the Mharoti forces are powerful and frightful, ranging from deadly kobold ambushers mounted atop camouflaged drakes to elite companies of the finest dragonborn warriors Midgard has ever seen. Feared by the Mharoti and their enemies alike, these are the terrors of the Dragon Empire.

This series is bursting with new monsters and NPCs for you to use to terrorize your unsuspecting players.

The Mharoti Imperial Court is a place of luxury and mistrust in equal measure. The courtiers are right to watch their backs, for death truly walks among them. Far from mere paranoia, members of the Sultana’s court must be constantly vigilant against assassins sent by their political enemies, and no band of killers in the entire empire is as subtle or efficient as the scorpion assassins. The most fearful among the court spread wild rumors about “Lady Death,” the most feared of the scorpion assassins. She is regal and elegant, blending into the court perfectly with her bejeweled adornments. She is dressed in flowing white robes (concealing hidden weapons) and a silky garment that covers her nose and mouth but not her eyes or hair. Her eyes and hands are the only sign that she is not who she appears to be: her irises and fingernails are jet black.

These rumors are not far from the truth. The nameless cult of a Scorpion god trains its believers in the arts of death. Few of their proselytes survive the initiation, but those who do emerge from their trials as assassins of unparalleled skill. Through the worship of their god, scorpion assassins cleanse their souls of emotion and their bodies of warmth. Countless rumors surround the death cult. It is said that a scorpion assassin’s heart does not beat and that they stand always on the precipice of life and death. Others say that the assassins are living, but their mortal souls have been excised, and their bodies become vessels for gods of death. Others still claim they were never alive and are celestial reapers sent to usher mortals to their final judgment.

Why would heroes from Midgard or the Southlands come into conflict with a force that wishes to destabilize the Sultana’s rule? Perhaps they have made enemies of a Mharoti courtier and have been marked as enemies of the empire. Or the PCs accidentally discovered one lair of the Scorpion cult and are no longer permitted to leave… alive. 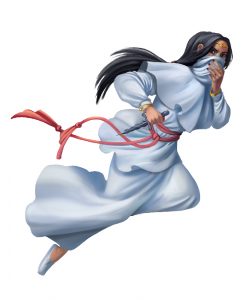 Assassinate. During its first turn, the scorpion assassin has advantage on attack rolls against any creature that hasn’t taken a turn. Any hit the assassin scores against a surprised creature is a critical hit.

Spellcasting. The scorpion assassin is a 5th-level spellcaster. Its spellcasting ability is Wisdom (spell save DC 16, +8 to hit with spell attacks). The assassin has the following cleric spells prepared.

Scorpion Stiletto. Melee Weapon Attack: +9 to hit, reach 5 ft., one target. Hit: 7 (1d4 + 5) piercing damage, and the target must make a DC 16 Constitution saving throw. On a failed save, the target gains the poisoned condition. While poisoned in this way, a creature must make a DC 16 Constitution saving throw at the beginning of each of its turns, taking 24 (7d6) poison damage on a failed save, or half as much on a successful one. The poisoned condition ends after the target makes three successful saving throws.

Uncanny Dodge. When an attacker the scorpion assassin can see hits it with an attack, it may choose to take half damage instead.