Skip to content
Home / Delve into the Depths in the Kobold Blog / Lost Magic: Cone of Many Curses 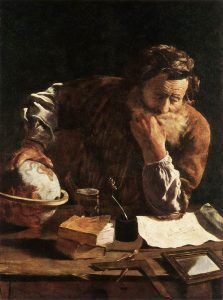 Do you need some more magic in your game? Perhaps you want to make your foes less effective in combat and other areas of potential conflict. Take a look at what Lost Magic entrant Gary provided us with. Imagine how you could make this spell work in the story of the game, too, in terms of how to describe what the curse feels like to one affected by it.

Cone of Many Curses

You release a cone of a razorlike black needles from your hands that pierce into the very being of all targets in the area and places a curse on them. The targets take a –6 penalty to an ability score of your choice and –4 penalty to attack rolls, saves, ability checks, and skill checks.

The save DC is 10 + the spell level + the spellcaster’s modifier (Intelligence or Charisma).

Depending on the ability that is selected, the targets can attempt a Will save to negate the effects of Intelligence, Charisma, and Wisdom damage. The targets can attempt a Fortitude save for Strength, Dexterity, and Constitution damage. If the save fails, then the effects are permanent (see below for removal conditions). Also the cone can be split into two 15-ft. lines coming from each hand that can be aimed in different directions.

The curse bestowed by this spell cannot be dispelled, but it can be removed with a break enchantment, limited wish, miracle, remove curse, or wish spell.

3 thoughts on “Lost Magic: Cone of Many Curses”