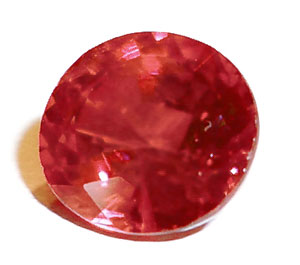 “You hold in your hands a cut ruby as large as your clenched fist. The light shines on its surface, reflecting your face like a beautiful yet fractured mirror. Beams refract through its structure, causing it to seem to glow in your grasp, and it possesses an unexpected weight. Even in a gem of this size, the heft of the ruby is unbelievable.”

The Eye of Fate is an impressive find with a suitably impressive history. First mentioned some thousand years ago, the eye was discovered by a now nameless sorcerer. He claimed it as his source of power, and used it to establish one of the first empires in the region. His most impressive feat was to slay a dragon that threatened his rule. The magician’s personal refuge was destroyed by siege engines immediately after his death, and his name erased from history in a bold move by Arcus IV, the noble who next assumed power.

Throughout history, whenever a powerful individual rose to great heights, and later fell to treachery or arrogance, it has been believed to be the work of the eye. Less than a hundred years ago, General Dannelan claimed that he had found the eye shortly before he turned on his ruler and seized control of the country. In twelve years, the new king had quelled all resistance and expanded the borders—an impressive feat. His wife, however, poisoned him and left with his adjunct advisor. The eye fell into obscurity at this point, but rumors say an insular noble found it and hid it away, unused.

The eye has three distinct powers:

1. It increases the efficacy of casting spells, providing a +2 bonus to the Magic test, as well as a +2 bonus to Spellpower. To gain these bonuses, the Mage must hold it in at least one hand when casting a spell.

2. It also increases the reputation and social power of the bearer. This second power is more subtle, letting the bearer re-roll his or her dragon die in all social interactions for the purpose of determining influence (not stunt points). However, the second result must be kept.

3. The ruby binds fate to the ambitions of the bearer, altering events so that the owner’s most ambitious desires might come to pass. A kind ear here, a more fortuitous outcome on the battlefield there—the gem is extremely subtle and thus there are no rules for this. The Game Master can choose to manifest this in game terms, or not.

The main drawback of the eye is that it is also appears to warp fate to find a new master. Enemies and even friends have been tempted to steal or murder for it. All attempts to hide that the bearer owns the eye are fruitless, since it shifts fate to become known in a rumor or surprise presentation. Just as it changes events to bring the bearer’s ambitions to fruition, it inspires others to do whatever is necessary to acquire the eye. It takes a truly impressive individual to find, use, and keep the Eye of Fate. The only way to safely own it is to lock it away, unused. However, the eye sometimes shifts events to be discovered again, even when hidden and forgotten by all but history itself.

Perhaps this last part is how it comes to light in your campaign?