Skip to content
Home / Delve into the Depths in the Kobold Blog / Pilgrim of Mavros: A Background 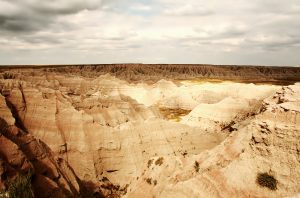 He is master of storms, blood, and strife. But he is also god of honor, protection, and rebirth. Mavros, the God of Valera and the Seven Cities—his masks and various incarnations are revered and worshiped throughout Midgard.

You are his word. Epiphany and spiritual fervor compel you to attempt one of the greatest tests of devotion available to your faith. You have made the pilgrimage to the Seat of Mavros, deep in the Wasted West.

Few would even contemplate it. Nearly a thousand harrowing miles from the House of Swords to the Seat, every one of those risking bandit attacks, boneshard storms, and dust goblins along the Bone Road. Worse yet, the possibility of interception by the Court of Webs or capture by the mad druids of the Roatgard. Just the simple, deadly devastation that is the Wasted West deters many. These and others are the trials you have already survived in the name of your faith, your devotion to Mavros.

Equipment:  A set of common clothes, an explorer’s pack, a broken weapon, holy symbol, or shield  reforged in the Crucible of Mavros, and a belt-pouch containing 3 gp

Feature: No Man Left Behind

The spiritual and philosophical enlightenment and the martial testing and training, gained while at the Seat of Mavros have instilled in you a zealous martial conditioning and code of ethics, which seems to linger even in those who have turned away from the teachings of Mavros.

Blood and battle drive you to greater deeds. Once per turn while in combat, if a comrade you can see is incapacitated or dies, you gain +2 on your next saving throw, spell, or attack roll.

Additionally, your heart is strong and your mind clear. While in battle, you gain a +1 to all saving throws against fear or mind-affecting effects.

For a trip into the weird and wondrous (and actual details on the Wasted West), be sure to check out the Midgard Campaign Setting from Kobold Press.