Skip to content
Home / Delve into the Depths in the Kobold Blog / On the Road with Phileus J. Abbertale: Earth and Water 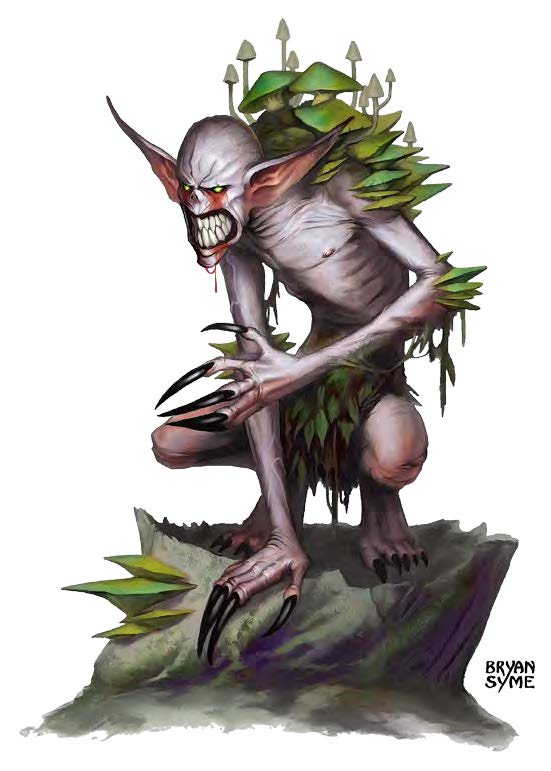 I have always felt an affinity for the sea. Watching the blue tapestry stretch out to the horizon while cutting through the waves inspires me to dream of distant lands and perilous journeys. It would stand to reason that water holds a special allure for me then, but a frightful encounter in the wetlands paled my enthusiasm for watery excursions.

Indeed, trekking into Maillon’s swamp is a much different experience than standing on the deck of a seafaring vessel. Navigating through the labyrinth of trees, shrubs, and vegetation without running aground or colliding into an impediment proves as challenging as weathering a ferocious cauldron of churning water and rough winds on the open seas. For this reason, we hired a trio of local guides to lead us along safe paths through the waterlogged earth. Our uneventful opening leg lulled us into a false sense of complacency. Brimming with confidence, we foolishly blundered into the devious handiwork of the resident fey creatures inhabiting the soggy, malodorous land.

The first terror we faced were wicked barbed, punji sticks imbedded upright into the mud. Each step in the goo carried the risk of stepping on or brushing against the perpendicular hazard concealed beneath the water’s surface. If the pain weren’t bad enough, the stagnant liquid incubated another lethal hazard: the pathogen Mezatoa sanguiosis. The indigenous people refer to the deadly unicellular organism by a simpler name—bleeding fever. The parasite can only enter the body through an open wound. Trap makers frequently coat poison onto the punji sticks’ sharp tip, but in this case, the crafters let nature do its dirty work for it. The insidious amalgamation of manmade and biological weaponry took a heavy toll on our expedition, felling four seasoned explorers dead in their tracks. (See my footnotes at the end of this journal page for more details regarding punji sticks and mezatoa.)

We ultimately survived the preceding perils, though not without losing two of our company to illness and lameness. Still, the miremals, the wicked race of devious fey who lured us into the traps, remained invisible and anonymous. Despite the effects of their debilitating tricks, we pressed deeper into the swamp. To our dismay, the miremals were not done with us yet. Our cunning foes are masters of deception. They used their natural coloration to hide among the shrubs and trees. Immediately after passing our concealed opponents, the miremals ambushed us, opening the foray by lobbing swamp balls made from dry mud and liquified swamp gas. (See my footnotes at the end of this journal page for more details regarding swamp balls.) Flashes of light burst through the darkness, and a terrible stench filled the air. Nonetheless, we persevered. We beat back the hideous monsters and completed this harrowing leg of our journey. Our experience taught us the gravest dangers are often unseen.

This insidious microscopic organism can only survive in warm, stagnant water. The invader enters the body through an open wound or by swallowing water containing the pathogen. The parasite only targets animals and humanoids. When an injured animal or humanoid at least partially immerses itself in water contaminated by mezatoa or intentionally or accidentally ingests water infested by the pathogen, it must succeed on a DC 15 Constitution saving throw or become infected.

The organism feeds on its host, targeting nerve endings, which impairs the creature’s motor skills. Symptoms manifest in 1d4 hours after exposure as its numbers rapidly multiply and spread throughout the body. An infected creature suffers disadvantage on attack rolls, Strength checks, Strength saving throws, Dexterity checks, and Dexterity saving throws. In addition, whenever the creature moves under its own locomotion, there is a 50% chance it falls prone instead. (Flying creatures who would fall prone fail to maintain lift and plummet to the ground, while swimming creatures make no forward progress and sink.) A creature using an action to use an object or make an attack with a weapon has a 50% chance of dropping the handheld item or weapon, thus forfeiting its action with the object. At the end of each long rest after the symptoms appear, the chances of falling prone or dropping an object worsen by 10%. When it reaches 100%, the target is paralyzed until its nerve functions are restored by magic, such as lesser restoration or heal.

These sharp needles, typically whittled out of bamboo or another water-resistant wood, are designed to maim any creature who steps on them. While usually placed at the bottom of a concealed pit, the miremals use the swamp’s murky water to hide the painful spikes. To maximize their damage, the devious fey place the punji sticks in contaminated water rather than poisoning the tip. An area containing punji sticks is difficult terrain. When a creature moves into or within the area, it takes 1d6 piercing damage for every 5 feet it travels. A creature who can see the area containing punji sticks recognizes the area as hazardous with a successful DC 12 Wisdom (Perception) check. If the punji sticks are not readily visible, such as buried in mud or submerged beneath murky water, the creature has disadvantage on the preceding Wisdom (Perception) check. Taking damage from punji sticks reduces the creature’s walking speed by 10 feet until the creature regains hit points equal to or greater than the damage dealt by the punji sticks.

You can use an action to throw this spherical ball of dried mud packed with flammable organic material up to 20 feet. Make a ranged attack against a creature or object, treating the swamp ball as an improvised weapon. On a hit, the swamp ball explodes dealing 1d6 fire damage to the target. The flames quickly dissipate, but the stench remains, giving creatures advantage on Wisdom (Perception) checks made to locate the target for the next 1d4 hours. The target can use an action to remove the malodorous material from his person.