Skip to content
Home / Delve into the Depths in the Kobold Blog / New Release: Eldritch Lairs 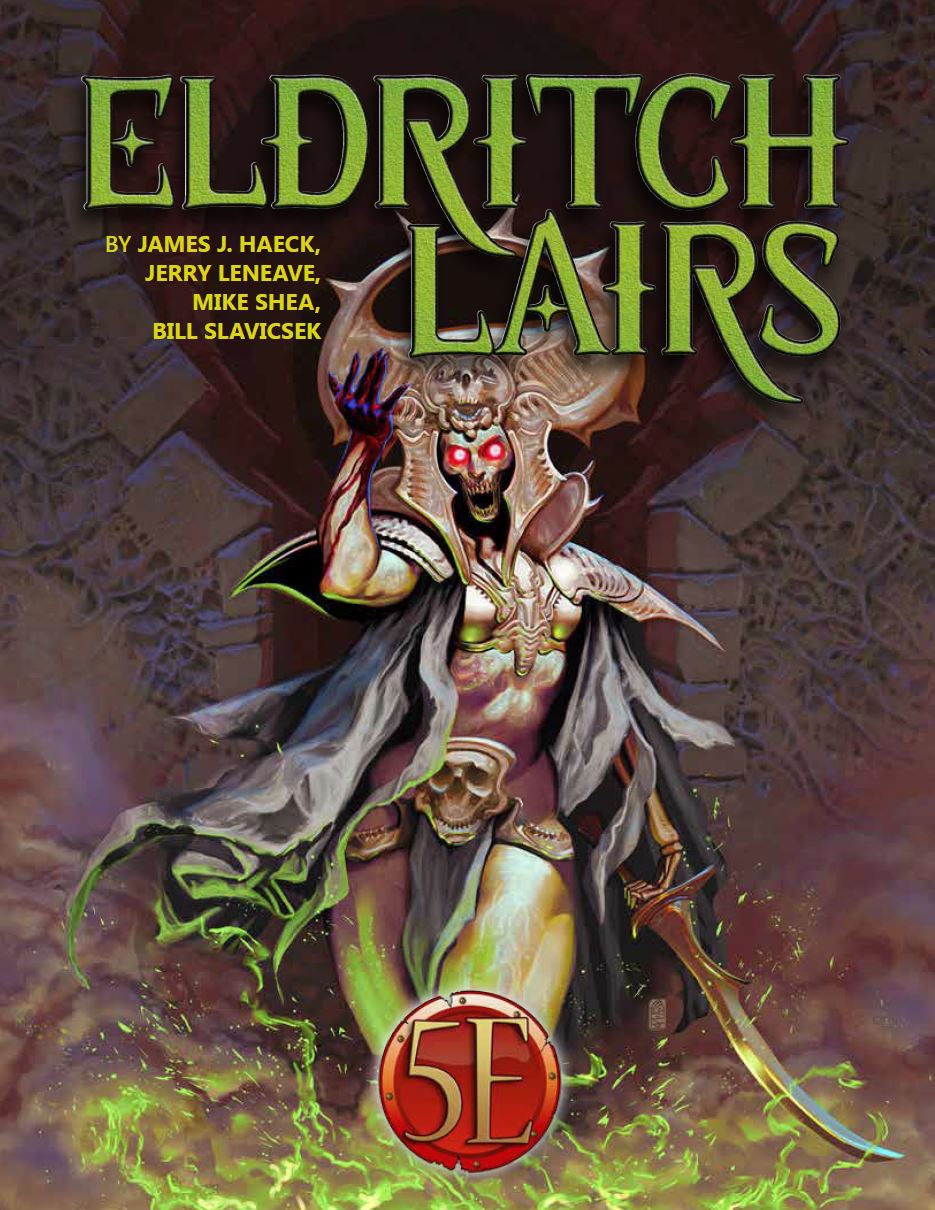 To seasoned adventurers, the doom-laden chanting of priests and the cackling of evil wizards means only one thing: deadly peril and the chance for treasure! (Okay, that’s two things.)

Eldritch Lairs brings you eight complete 5th Edition compatible adventures for 4th‑ to 8th-level player characters, set in magic‑blasted wastes, dungeons, and deserts. Venture into the dark depths of the earth, through the twisted alleys of a town stricken with a supernatural plague, and beyond, to brave the dangers:

Eldritch Lairs—5E and Pathfinder—offers ready-to-go adventures full of magic and horror for your game, and player-friendly maps are also available for your VTT.