Skip to content
Home / Delve into the Depths in the Kobold Blog / Monster Mayhem: Things of Madness and Desolation, a Miscellany (Part 5) 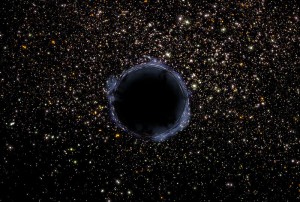 Don’t be afraid to think outside of the box for adventures with predominantly mad monsters, particularly in their relationships with the PCs.

Spellcasting, for example, offers you an option to introduce variations on standard events, and the variation on scrying below is offered as one such example. Others possible spells that may rip the thin tissue between worlds and bring the PCs into contact with terrors from beyond include blink, dimension door, and teleport as well as summoning spells.

On the face of it, scrying is a very useful spell to have and one your PCs may use it on many occasions. However, in a campaign where creatures can see all and move through the dimensions of space, scrying becomes a very dangerous game indeed. When using a scrying spell in such adventure paths, there is a chance that something else appears instead of the desired target.

This variation of scrying works much like a teleportation spell, in that there is a chance of a mishap when it is used. A few sample mishaps are given here. You may wish to invent your own or modify those below. Of course, you may also use the thing that watches as an integral part of an adventure plot and design your own unique effects.

Familiarity with subject (Chance of mishap)

1. The Realm of Dark Corners—The viewer is drawn into a view of this landscape, which is an affront to all accepted knowledge and physics, and must make an immediate Will save (DC 20) or be struck with confusion (CL 18th).

2. The Terrible Slithering Face that Laughs—A dark naga is drawn into the PCs vicinity and immediately attacks.

3. The Rending Disturbance across Eons—A dark, terrible something appears in the scrying device and screams in a mad, fluted voice. The scrying device suddenly crumples, destroyed and worthless.

4. The Choir of Banshees that Sing on the Edge of Oblivion—The PC suddenly sees this awful place and hears the dreadful dislocated sisterhood lamenting their misery to nothing. The viewer is the subject of an effect identical to wail of the banshee and must make an immediate Will save (DC 20) or die.

5. The Twisted Queen and her Dark Unborn—The PC catches the merest hint of the shape of this dark god, and as he does, the dark god notices him. At that moment, the dark god reaches out across impossible angles and attempts to pluck the PC into its realm of insanity: the PC must make an immediate Reflex save (DC 20) or be drawn into this terrible realm of impossibilities and chaos, to suffer madness through all eternity. No method of return is possible beyond a wish or miracle spell, which brings back a character struck by an insanity spell.

6. The Universe Falls to Nothingness—At the end of all things resides a terrible being of cosmic horror, which sits as the universe falls into nothingness and all is proved useless. The PC accidentally glimpses this dark god and must make an immediate Will save (DC 20) or be struck by an insanity spell.

The Terrors from the Nadir (Aboleth/Lacedon/Cultists). The Nadir is a cultist group that worships the Dark Anglers (aboleth), who lie in Mourn Bay. To truly join the cult, members must give themselves over to the Pandemonium—a swarm of lacedon that trawl the depths of the bay on behalf of the aboleth. Some cultists are blessed by the touch of the Dark Anglers and carry out special missions on behalf of their masters. Now something terrible stirs in the deep, and the Dark Anglers send their agents across the known world looking for an artifact to tame the coming horror.

Chaos Beasts. Cultist Janigus Mael has an imprisoned chaos beast in his laboratory. He is siphoning tiny parts of the creature and using them to increase his standing in the city by transforming friends of the rich and powerful into chaos beasts. Unless he is paid, he tells them, their loved ones are next. However, Janigus can no longer control all his creations, and the bent and twisted things stalk the city streets at night hungry for others to change.

1 thought on “Monster Mayhem: Things of Madness and Desolation, a Miscellany (Part 5)”