Skip to content
Home / Delve into the Depths in the Kobold Blog / Monday Monster: The 4E Maenad

The foes appear to be tall, well toned humans with flecks of living crystal in their skin. The warriors are clad in scale and wield cruel flails. Behind them stands a lightly armored woman. Though not as physically imposing, you can tell from the glint in her eyes that she is far more dangerous than her companions. 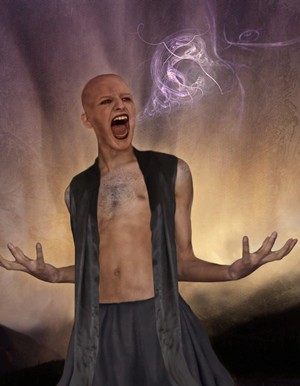 Kobold Quarterly #9 gives you both 3E/OGL and 4th Edition details for maenads as player character race, but why should players have all the fun? Maenads come from a monstrous history, so: The 4E take on the maenad warriors and maenad wilders after the jump. [More…]