Skip to content
Home / Delve into the Depths in the Kobold Blog / Grand Duchy: A Letter of Introduction to the Grand Baron 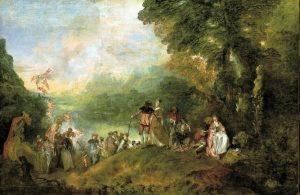 One of the known best known for helping adventurers open that door is the Grand Baron Dymytros Howlik Van Rottsten of Bad Solitz. Dymytros knows everyone and everyone knows Dymytros, it is said.

Though he is far down on the succession lists, the Van Rottstens consider him their “indispensable man.” He has a knack for being in the right place at the right time, and for being able to provide the information, influence, or favor needed to close a deal. Dymytros occupies that position because he makes acquaintances and cultivates friendships with folk who otherwise would be kept at arm’s length from the nobility.

Not every adventurer who is awarded a fief took their first step up the social ladder with Dymytros’s help, but enough did that it is customary to seek him out and earn guest-right to his manor.

Acquiring a Letter of Introduction

This is the tricky part, because it requires a person of lower social rank to gain the recommendation, the “introduction,” from a person of higher social rank than the intended recipient. For example, the PCs might call upon the house herald and sister-in-law to the queen regent, Aymoneta Star Van Rottsten, asking for a letter of introduction to Dymytros. (In fact, this method is exploited so often that Aymoneta is called “the key” to Dymytros’s hearth.)

What Aymoneta requires before issuing a Letter of Introduction is for another person to vouch for the applicant’s good character, if the requesting party’s reputation does not suffice. It doesn’t matter if both people are strangers.

What makes this system work is that it quickly weeds out scoundrels and anyone who abuses hospitality. Past bad behavior is noted, and if either of the two carries a whiff of mischief, they will be summarily dismissed. (Other nobles might be fooled by the occasional dashing rogue or charlatan, but Aymoneta can sniff out a fraud at 100 paces.)

Now, gaining access to Aymoneta for this reason requires some niceties, too. But as this is seen as being akin to being a “business” transaction rather than a social one, it involves an exchange of calling cards, followed by a summoning by servants for a scheduled (but brief) appointment. If everything is in order and Aymoneta is satisfied with her quick appraisal of the applicant, then a Letter of Introduction is provided.

A Week or Two in Good Company

It is incumbent on the letter-bearer to be a good guest, whether the master is at home or not. In fact, with the master away, the guest has the opportunity to impress the staff, members of the household, and other guests on his or her quality and character. All the guest’s activities and behavior will be reported to the master in good time.

Of course, guests can prove their worthiness by being helpful, courteous, and good conversationalists. Guests who take part in the activities of leisure with grace and skill gain greater consideration. Guests aren’t obliged to defend their host’s home or holdings, but those who do are remembered for their courage and pluckiness.

Dymytros has at least one social engagement with the guest. (If he is away during the guest’s manorial visit, Dymytros feels obliged to invite the guest to another social function where he can have this encounter.)

Here is where Dymytros takes his measure of his guest, makes an appraisal of the guest’s manners and motives. Most of all, he sees if their interests intersect, and if some mutual endeavor profits both of them.

Adventurers occupy a special place among Dymytros’s acquaintances, mainly because they bring a variety of skills that can be of service to him. Dymytros grants boons to those he deems worthy. Sometimes these are what Dymytros calls “trinkets,” small favors he can bequeath for a little expenditure of gold and silver, such as improved weapons, armor, fine clothing, fine wine or spirits, spell components or scrolls.

Dymytros considers these boons good investments. Most of the time he rarely has occasion to ask a favor in return. Hundreds of adventurers and merchants have received such gifts without ever hearing from the noble again. But those who do know they possess personality or ability the “indispensable man” found appealing.

And their first step into the society of nobility is assured.

3 thoughts on “Grand Duchy: A Letter of Introduction to the Grand Baron”