Skip to content
Home / Delve into the Depths in the Kobold Blog / Advanced Feats: Feat of the Week #3 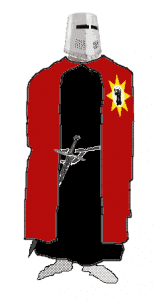 “And why should we ally with the likes of you?” the baron asked.

The tall bearded warrior glared silently letting the tension in the room build before speaking. “Because you want your enemies to suffer before they die.”

The baron laughed nervously for a moment, “Yes, I think I like you already. Let’s be friends.”

Feat Workshop
This feat started out as an idea for the Witch class as Fearsome Reputation. I wanted to capture the idea that witches were feared and that this fear could garner them respect and willing capitulation without the need to issue actual threats. Mechanically, the way to do that seemed to be to let them use Intimidation in place of Diplomacy.

When I got to actually writing the feat, I found myself having second thoughts about using reputation as part of the title. It suggested the mechanic should depend on the character being infamous, even at 1st level, and it gave the feat a social context that wouldn’t make sense in many situations. I decided I needed a quality that was more self-contained and self-evident in the character, so I went with Demeanor.

The benefit was fairly easy to write though I did struggle a little getting just the words to describe how it works without creating too much confusion. Sometimes while it’s easy to sum up how a rule works in plain language, it’s a bit trickier to write it so it’s unambiguous with respect to precise rules terminology. The prerequisite here is more for flavor and believability than cost.

For this feat I added a little flavor text to illustrate how I imagine it being used. I’m always looking for ways to make feats fun to read which is one of a few reasons I include designer commentaries for each one in my Advanced Feats series. In a recent review, the reviewer mentioned feats from another collection which came with some prose to accompany the feats and missed them when reading my work. That seemed like a fun idea so I included an attempt at that here.

I’m curious what folks think of using such text for feat presentation. Does it add something? How substantial should it be? Do you think it can add to understanding the feat?

By the way, have you seen the reviews?
Both Complete Advanced Feats and Might of the Magus have gotten some great reviews which tickled me pink. I’ll quote the one or two lines.

For: Might of the Magus
“Mr. Trent is an enemy of power creep. His feats add variety, they add flavor, they add options, but they do not unbalance the game.” Charles Carrier at Paizo

“This hits the high benchmarks of the rest of the series—the first thing anybody playing Pathfinder should do it get the “Advanced Feats” for their class, if you ask me.” Mordicai Caeli

For: Complete Advanced Feats
“The Complete Advanced Feats book is a really great supplement for any Pathfinder gamer out there. The book offers a tremendous selection of new feats, and the Advanced Character Builds is like having a bonus player-character “strategy” guide built right in to make the book instantly useful for creating new and diverse characters.” ENWorld

Thoughts on this feat, or the feats in CAF?

8 thoughts on “Advanced Feats: Feat of the Week #3”