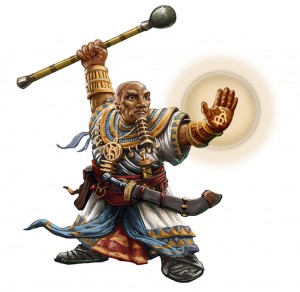 Amber Scott provides us with a look at her inspiration for her adventure in the Southlands Kickstarter.

In 1986, my parents took me and my brother to the World’s Expo in Vancouver, B.C. There, sometime after the kiddy rides and the bouncy castle but before getting sick on cotton candy, we visited the Rameses II exhibit. It was too long ago for me to remember clearly, but fragments of the exhibit stick in my mind: enormous stone statues, glimmering gold jewelry (somehow soft-looking, like it was shaped from Play-Doh and painted gold), and peering through a small window to see the sarcophagus of Rameses himself beyond.

The exhibit inflamed my imagination. I wanted to learn more about Egypt. In my small pre-Internet town, that limited me to encyclopaedias, a novel called The Egypt Game by Zilpha Keatley Snyder, Elizabeth Peters’ Amelia Peabody mysteries, and a book of Egyptian fairy tales. The wonder of those grand adventure tales set among the desert sands never left me.

In 2012, while I was in Seattle for PaizoCon, I was able to visit the King Tut exhibit at the Pacific Science Center. There again were the stone statues (larger even than my child’s memory recalled), the soft gold jewelry, tiny shabti statues of many colors, and a replica of the heavy sarcophagus containing the boy-king. I used my visit in part to inspire my Tomb Magic spells from the Deep Magic compendium by Kobold Press.

Now, with a world of information at my fingertips, writing an adventure inspired by ancient Egypt feels incredible, but as an adult I’m also conscious of the Egypt of today. I remember sitting glued to the news and watching modern Egyptians fight for a new government. I’m aware of issues of cultural appropriation. Tomb-robbing isn’t an ancient practice, it’s a real issue that affects the people of today. Yes, this is a fantasy adventure in a magical setting, but I’m always inspired by reality and the real people who will read my adventure.

As I plot and plan for The Tomb-Palace of Nakresh, I keep in mind this modern knowledge as well as those old feelings of wonder and excitement. I remember the humility I felt as I contemplated artifacts from a bygone era and from a people whose culture influences our world thousands of years later.

The Tomb-Palace of Nakresh will contain devious traps, cunning riddles, implacable guardians, and ancient curses. It will contain shabti statues and jewelry fashioned of gold and a sarcophagus—not the resting place of a king, this time, but of an explorer who delved into the secrets of the past. The tomb of a woman who was dedicated to bringing relics of her people to light. Perhaps she, too, saw an antiquities exhibit as a child. Perhaps she was unsatisfied with the research materials available to her. She built her life around wonder and excitement, and now her final resting place contains its own shadowy secrets for brave adventurers to unearth.