Skip to content
Home / Delve into the Depths in the Kobold Blog / The Creepy GM: Dark Teleportation and Other Horrors 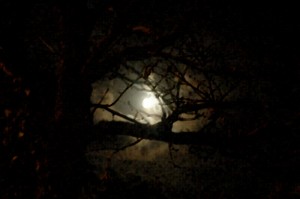 Stephen King describes horror as a subtle effect that uses the victim’s own mind to terrify. As GMs, we can sit back and watch the players create a horror scenario from some spare base pieces and run with it. This is some of the most fun I’ve had as a GM, and now I want to share a few things that have worked for me. Note that a GM should know his or her players, including whether horror of this sort is what they are looking for. It’s important that players can make choices and have an impact in these events—they should not simply end up as powerless victims.

The Wrong Teleport: Teleportation magic is inherently creepy, and movies such as The Philadelphia Project and The Fly can vouch for that. I have a player in my home game who is intensely aware of her character’s vulnerability as a wizard, and she works hard to make sure her character is surrounded by tough allies. She also makes use of mage eye and other viewing spells. When that character learned the spell teleport, I played up the possibility of accidents, mainly as a way to minimize its casual use without preventing the players from using it when important or necessary. I also had read a short story by Clark Ashton Smith.

I rolled a teleportation error early in the adventure, but decided to save it until a more climactic point in the plotline. The victorious adventurers were preparing to teleport back to civilization from a cursed dwarven citadel. The magic of the teleport began, and then things went downhill.

Horror Technique 1—Isolation: I moved the wizard’s player to another room and told her that the wizard alone appears before a huge golden door in an abandoned city. The rest of the characters appeared normally in their home city.

Horror Technique 2—The Bizarre: Beyond the door was a vast empty palace. Within the throne room was a writhing undead horror, spiked to the throne with a huge nail of gold. The entire city was empty, with doors open and items left around as if the entire population had just recently left. The wizard used her mage eye to find out all of this.

Horror Techinque 3—The Unknown: As the wizard is taking this in, the sun begins to set, and a loud thumping noise, roughly one beat per minute, begins to echo through the city. The noise is actually a large tree dropping head-sized fruits 100 ft. to break among its roots, but the wizard can’t know that.

Horror Technique 4—It’s Not Working!: At this point, the wizard attempts to teleport again, but it fails. (The golden door is an artifact that temporarily suppresses teleport attempts.) Panicked, the wizard runs into a house, hides in a wardrobe, and makes her familiar stand guard all night. The next morning, the wizard memorizes teleport. The character casts the spell, and the player’s knuckles are white as I describe the results: She is able to teleport out.

Horror Technique 5—Distrust: After a night away, the wizard suddenly teleports back into the group’s headquarters. The rest of the group is not certain she is who she says she is, though. A tense confrontation ensues with magic detection spells being cast and questions about her past history being asked. Finally, she is accepted as herself. They know that if the wizard is a doppelganger, her player will play it to the hilt in return for extra experience.

This is a nice little freak-out to slip into an adventure, especially if a mid-level party is using teleport constantly.

While You Were Away: The adventurers return to their home base, but everyone in town seems somehow subtly changed: People in town now have eyes that are slightly different colors, teeth that are a little more crooked and sharp, and a more shambling way of walking. The locals insist nothing has changed. What is the truth? Perhaps they have been tainted by dark energy? Or has the party been glamoured by a malevolent fey? You can always run with whatever terrifying answer the players decide on.

Kill the Protector: If the horrible unseen monster kills a high-level NPC that the PCs rely on for protection or mentoring, this will raise the fear level immensely. For example, if the grizzled sheriff of the town who is at least 8th level is discovered by a party of four 2nd-level players after having had both eyes ripped out of his or her head as if by great claws, that’s going to scare the players. What did this? Is it still around? If it can kill him, what can we do about it? Of course, it may be that the sheriff wounded the creature in the fight, or perhaps some clues at the scene can allow the party to find the creature’s weakness. What do the players think is capable of this?

7 thoughts on “The Creepy GM: Dark Teleportation and Other Horrors”