Skip to content
Home / Delve into the Depths in the Kobold Blog / The 4th Pillar: Learning to Let Go 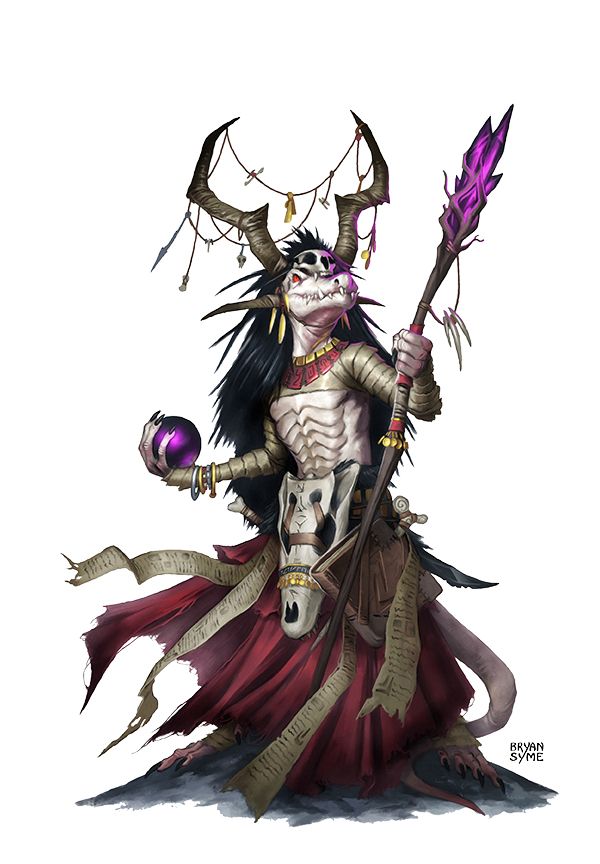 Lots of RPGs in the D&D vein have progression systems based on accumulating XP and balancing systems based on the difficulty of monsters and challenges therein, which grant XP accordingly and keep the wheels of the game turning. Because of this, we often have guidelines on how to create balanced encounters, so players can be challenged accordingly, usually referred to as the encounter budget. The budget typically exists as a few pages of charts, a matrix, and perhaps a formula or two, outlining how to build encounters in varying levels of difficulty. Sounds riveting, I know. Creating challenging yet survivable encounters is a tight rope all game designers and GMs must walk though, especially in games like D&D. While it’s advisable to follow these guidelines, especially when you’re new to the game or you have new players in the group, they don’t always make for memorable combat experiences. Continually sticking to these rules can wind up making encounters feel rote and quite stale over time. Which is why I’m here advising you to completely ignore them.

Of course, such recklessness needs a bit of an on-ramp. Abandoning an entire set of rules not only requires a certain level of familiarity and mastery with a system, but intangibles like nuance and comfort levels are also huge parts of the equation too. Nuance and context are probably the two most important aspects of our hobby overall, both in the actual running and playing of the games themselves as well as within the social aspects and constructs that surround them. For this series though, we’re just focusing on the mechanical aspects. That all said, you probably shouldn’t jump straight to running a totally off-the-rails encounter if you’ve never done it before and especially not if you’re playing with new folks. I mean, you could, and it might leave a great first impression! You probably shouldn’t though. I digress. What I’m getting at is that it’s going to take some practice and some willing and/or tolerant players to get there. If following the encounter budgets to a T is akin to walking down a set of stairs while holding tightly to the bannister and carefully gazing at your feet as you take each step, then abandoning the budget entirely is like sliding down that entire set of stairs blindfolded while riding an oil-slicked beanbag chair set ablaze. I’m suggesting you get started here by maybe ignoring the hand rail or skipping every other step. Before you know it, you’ll be leaping over the bottom set and eventually slapping on your DEAL WITH IT shades as you ride that slippery beanbag chair straight to Vallhalla. You get the picture.

A great way to get some practice lies within the ever-infamous one-shot adventure. Isolated play experiences separated from your ongoing campaign are perhaps the best vehicle for this. They are self-contained, they insulate beloved characters from death, and they can serve as a sandbox for your rule-breaking experiments. Eventually, you should have a good idea for just how to create memorable and budget-averse encounters in your main game while not going full Dark Souls on your players. Outside of one-offs, you can always just ease into spicing up one encounter at a time with something unpredictable. Game imbalance after all is more an art than a science.

The reason we’re looking to abandon encounter building budgets is to up the overall “cool factor” of how our games play out. When I say “cool factor” here, I mean specifically in regard to big combat, set pieces, or encounters that are otherwise “kind of a big deal.” Now of course, every encounter doesn’t have to be a complex or super-dynamic fight. After all, all show is no show, so remember to pace yourself. If you dress up all of your encounters with epic bits, it will all start to blur together. Think of it like armor in World of Warcraft. When everyone is riding around on gigantic ghost dragons and have golden pauldrons set with skulls whose eye sockets swirl with magic, well then there’s really nothing special about any of that, is there? You’ve gotta save all the whizz-bang for when it really counts!

Also, sometimes it’s more fun for a party to just come across a lone couple of orcs tracking something in the forest. Are they friend or a foe? Does the party fight, confront, follow, or ambush them? Regardless, players can easily handle them, for the orcs are likely outnumbered. You see, sometimes encounters like this are more memorable without being over the top at all. Again though, you wouldn’t need to consult an XP budget for something like that anyway. All the more reason the budget is near pointless. Conversely, abandoning the budget doesn’t always mean “pile more monsters on the party than they can handle and see what happens!” either. Encounters that are simple like this help build tension. I’d almost advise for always either going with encounters that are small like this or going really big because it’s that middle area where encounters start to feel very “medium,” and that’s never good. Encounter budgets tend to skew things in that direction, which is again another reason to ignore them. Over time, when you build encounters without gazing into those matrices, you’ll find a nice comfy spot. It’s hard to describe an actual concrete process on how to get there though because every GM and set of players is their own unique situation. You can get there though—just keep plugging away.

So what it all boils down to with abandoning encounter budgeting is really just a way for you to find your own niche. One less guideline for you to follow is just one more potential avenue for creativity. It’s another lane for storytelling bandwidth really, and that’s rarely a bad thing. It’s probably not for novice GMs. I mean, that’s at least something I feel I should be saying for disclaimer’s sake. Honestly though, if you’re a novice GM, I think you should still go for it. It’s easy to get started. All you have to do is dip your toe in the water. Toss in an unexpected monster or add a hazard that might really throw the players off. Try giving the party another few points of interest during combat other than the enemies themselves. Combat shouldn’t always revolve around the bad guys. Throw in a trap amid combat to keep everyone on their toes, or a defenseless creature amid the chaos that needs protecting. If the players are outmatched, perhaps a stationary ballista happens to be nearby or a protective magical shield from a nearby mage’s tower can provide momentary respite amid the chaos.

We’ll talk a lot more about environmental boons and hazards in the next installment of this series that can even the playing field, add dynamic gameplay, or ratchet up the risk factor. For now though, just know that there are plenty more ways to challenge and spice up encounters than just throwing more critters in. Anyway, starting with little things like this gives you plenty of wiggle room and enough familiarity, and you can begin to mostly ignore the encounter budget and still have things turn out okay. Don’t crank it up to 11 just yet. We’ll get there. Just remember: an interesting encounter is almost always going to be better than a balanced one.