Skip to content
Home / Delve into the Depths in the Kobold Blog / Oh, I’m Going to Get Killed Any Minute Now (Part 1) 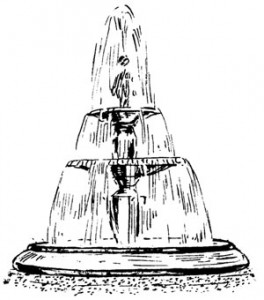 Just got a new gig as a low-level dungeon guard for Dark Lord Torkelheim, which is all but guaranteed to end in tragedy. This will be my account of how I get killed by adventurers, by the spells of adventurers and/or my own boss, by other dungeon dwellers, by the pet of an adventurer or of another dungeon-dweller, by a malfunctioning trap of some kind, by a curse, or possibly by some other means too horrible and unthinkable to even contemplate, which as Mother always says, is pretty much inevitable.

Anyway, I would list the date and everything, but it would more-than-likely just wind up as a meaningless mishmash of random-seeming letters and numbers with only a vague reference to a made-up calender created by a Grand Designer more preoccupied with crafting artifacts, dragons, and evil cults than a workable solar-trilunar cycle, so I’ll skip it. Also, I live in a muddy hole in the ground and up until this point I’ve primarily caught rats for a living, so it seems somewhat unlikely that I would be aware of any particular ‘date’ beyond ‘have not been killed so far’ (more on that later), so I’ll call today ‘Not-Dead-Yet the 333rd’.

While we’re on the topic, I’ve noticed that I am surprisingly literate for a goblin, but according to Mother it just hasn’t been house-ruled out yet. I’m free to remain literate until such time as I take a barbarian level. Mother has been drinking a lot, recently.

Anyway, I’ve decided that I’m going to count my blessings and will consider the mysteries of literacy no further.

Have been assigned to guard what Dark Lord Torkelheim insists is a strategically important magical fountain on the first floor of the dungeon.

When asked to explain the magical properties of said fountain, he giggled disconcertingly and spoke at great length about what he apparently finds to be a quite hilariously cursed doorway several floors down, to which the waters of the fountain are the only cure.

The curse involves intestinal bleeding and bones transforming into cockroaches, and it was described to me in detail.

Must remember not to ask the Dark Lord questions.

Several other monsters live in the same area of the dungeon (called ‘level 1’), including one very amusing semi-sentient toxic mold named Jimbo who likes to play cards. Nice guy.

Have discovered that the dungeon does not have many amenities. Am now guarding what could best be described as a very large, strategically important magical goblin latrine.

Have been forced to sleep in my room and catch occasional rats for dinner; the other monsters on my floor of the dungeon are all jerks and/or unintelligent undead.

Very rude bugbear named Sigvald keeps insisting that I call him ‘sir.’ Have decided to play along out of continued interest in the currently unfractured-nature of my skull.

Hate everyone on level 1 except Jimbo. Very cool guy, does some hilarious ‘adventurer human’ impersonations. He invited his buddy Neil the acid-spitting giant spider from level 2 over; have decided to stay up and play cards.

Jimbo and I now have the entire floor to ourselves; dungeon suffered a nasty attack by dwarves, which lead directly to the slaughter to everyone on level 1 not invited to (and subsequently barricaded into) my strategically important poker night.

Very happy to report that Sigvald and the dwarves killed each other. Amusing side-note: the last dwarf left standing apparently fell into a spiked pit-trap by the front door on his way out.

Learned a great recipe for rat-based carne asada from Neil; have been invited to come down to level 2 and meet his family for dinner next week, assuming that I survive long enough. Am relatively certain that Neil and his family intend to eat me if I go. Politely told him I would think about it.

Had very brief performance review with Dark Lord Torkelheim today; he says that I am the longest-surviving goblin minion he has ever employed. Tried to briefly discuss my retirement package, was told to ‘Burn for all eternity in the fires of Goblin Hell.’

Not certain if he meant that was the retirement package or if that was the conclusion of the performance review; Dark Lord immediately vanished in a gout of shadow-flame.

Also not discussed during the review: my courageous pit-trap resetting, any other health or safety regulations, concerns about fire code and poor lighting, the sudden death of 99.9% of co-workers, payment.

Looking forward to the weekend.

Clinton J. Boomer, known to his friends as ‘Booms,’ resides in the quaint, leafy, idyllic paradise of Macomb, Illinois. He began writing before the time of his own recollection, predominantly dictating stories to his ever-patient mother about fire-monsters and ice-monsters throwing children into garbage cans. He began gaming with the 1993 release of Planescape, which shaped his junior high years, and he was first published professionally in the ENnie Award-winning Pathfinder Chronicles Campaign Setting from Paizo Publishing after placing in the Final Four of Paizo’s inaugural RPG Superstar! Competition. He currently devotes a full 99.9% of his waking hours to thinking about fantasy adventure in general or ninjas, more specifically. Boomer is a writer, filmmaker, gamer, and bartender; his short comedic films, the “D&D PHB PSAs,” have over 4,000 subscribers on YouTube and and have been viewed nearly a million and a half times. His debut novel The Hole Behind Midnight was released in 2011; Daniel O’Brien, columnist for Cracked.com and contributor to the New York Times bestseller You Might Be a Zombie and Other Bad News called it “ … Raymond Chandler meets Douglas Adams by way of a fantasy nerd’s fever dream. And it’s AWESOME.” Boomer is currently the happiest he has ever been in his whole life.