Skip to content
Home / Delve into the Depths in the Kobold Blog / Don’t Look Now: Handling Fear and Suspense in Fifth Edition, Part 2 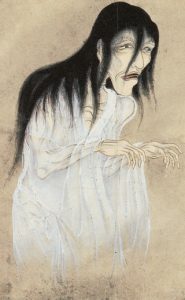 Part 2: Appealing to the Senses

One of the hallmarks of a spooky or suspenseful RPG adventure is how the environment is described. Every part of the world surrounding the player characters should unnerve, unsettle, and frighten. One important trick gamemasters use to do this is to appeal to all five of their players’ senses, paying close attention to foreshadow some events with sights, smells, and sounds, while providing misdirection with others. Here are some examples.

Sight: Describing what a player character sees is often a gamemaster’s first priority. You can add creepiness or tension to a game by paying closer attention to light and light sources: Torchlight flickers and casts shadows, magical light may cast an eerie green tinge to faces, and players might see the gleam of a monster’s eyes before they see the monsters themselves. When using darkvision, be sure to describe the eyesight of elf, dwarf, drow, and other darkvision-using PCs differently than human PCs. Maybe their darkvision manifests as infrared or black and white. You can unnerve players a lot by playing up the almost alien nature of different fantasy races.

Sound: Auditory ambiance can make the difference between a typical dungeon crawl and one that’s downright spooky. Caves echo and drip, dungeon floors crack and scrape underfoot; floorboards creak and groan, and wind whistles through open spaces. Don’t let a failed Perception or Search check prevent you from giving the players a few details: Have a PC hear distant whispers drawing closer that no one else can hear. Perhaps tell them they hear a low droning or high-pitched whine that seems to escape everyone else’s hearing.

Taste/Smell: These are the two senses that are most closely linked, and they are the most often overlooked during play. Try describing underground spaces as having a sour, mildew smell to them. Walking through abandoned sites may kick up clouds of dry, stale dust that can be tasted as much as smelled. Don’t forget, most monsters and foul beasts have a lingering stench both in life and death.

Touch: Touch is most easily handled by paying attention to the temperature of a given room or location. Cold spots or chill winds can be great indicators of an undead presence. Rooms with decay or dead bodies tend to be moist and humid. Unnatural enemies or hazards might produce an electric charge that’s detectable to a PC’s skin and hair.

Here are five examples of horror-themed locations and scenes that rely more heavily on senses other than sight. Building from these can help you design any number of chilling dungeons or encounters.