Skip to content
Home / Delve into the Depths in the Kobold Blog / Cult Activity: Elemental Undead 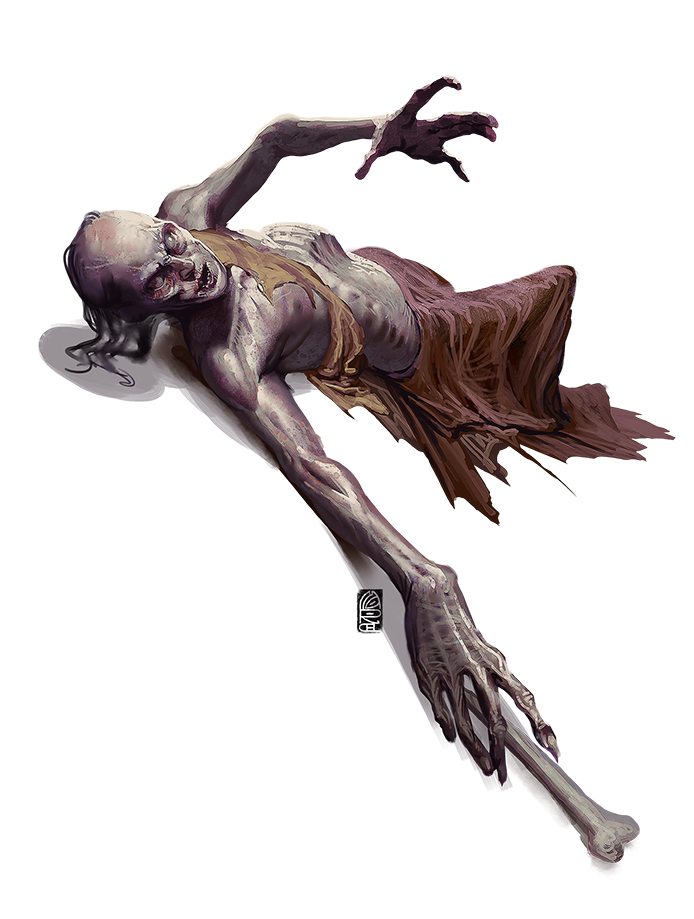 While most appreciate the work of Siwal’s gravebinders, few trust them. Despite the strict laws governing the interactions of undead creatures and mortals within the Necropolis, many believe that a person can’t help but become corrupted by constant exposure to the magicks of the dead. And as new and unusual forms of undead creatures proliferate, commoners, nobles, and adventurers alike turn the eye of blame to the gravebinders and their secrets.

This article presents three new variant forms of common undead creatures. You can use these monsters to surprise and shake up players jaded by normal creatures, to create political tensions within the Free Cities, or to spur a darker adventure within the Southlands and beyond.

As part of an ongoing effort to make simple undead more versatile and adaptable, necromancers work with elemental specialists to create necrotic creatures infused with elemental qualities. Three viable and repeatable results sprung from these experiments: fire shadows, which are looming incorporeal nightmares, brimming with flame and hatred, gelatinous bones, which are skeletons that share many qualities with the ravenous gelatinous cube, and fictile ghouls, which are creatures of earth, tied closely to graves and burial plots.

Fire shadows are creatures of void and flame. Stretched to bizarre proportions, their translucent, gaunt shapes tower over most mortals, and their black teeth flicker with vicious sneers. Fire shadows are popular guardians for old tombs and barrows, where typical adventurers might be prepared for more conventional guardians.

Heated Body. A creature that touches the shadow or hits it with a melee attack while within 5 feet of it takes 5 (1d10) fire damage.

Illumination. The shadow sheds bright light in a 10-foot radius and dim light for an additional 10 feet.

Incorporeal Movement. The shadow can move through other creatures and objects as if they were difficult terrain. It takes 5 (1d10) force damage if it ends its turn inside an object.

Sunlight Weakness. While in sunlight, the shadow has disadvantage on attack rolls, ability checks, and saving throws.

Transparent. Even when the skeleton is in plain sight, it takes a successful DC 13 Wisdom (Perception) check to spot a skeleton that has neither moved nor attacked. A creature that tries to enter the skeleton’s space while unaware of the skeleton is surprised by the skeleton.

Among the strangest of the elemental undead experiments, fictile ghouls are said to be so tied to the ground beneath their feet that they cannot even jump, let alone fly. While such rumors may not be true, it is certain that these hungry creatures are able to move through the landscape as through it were water, and their incredibly sharp, hard fangs carry with them the immobility of the grave.

Earth Glide. The ghoul can burrow through nonmagical, unworked earth and stone. While doing so, it doesn’t disturb the material it moves through.