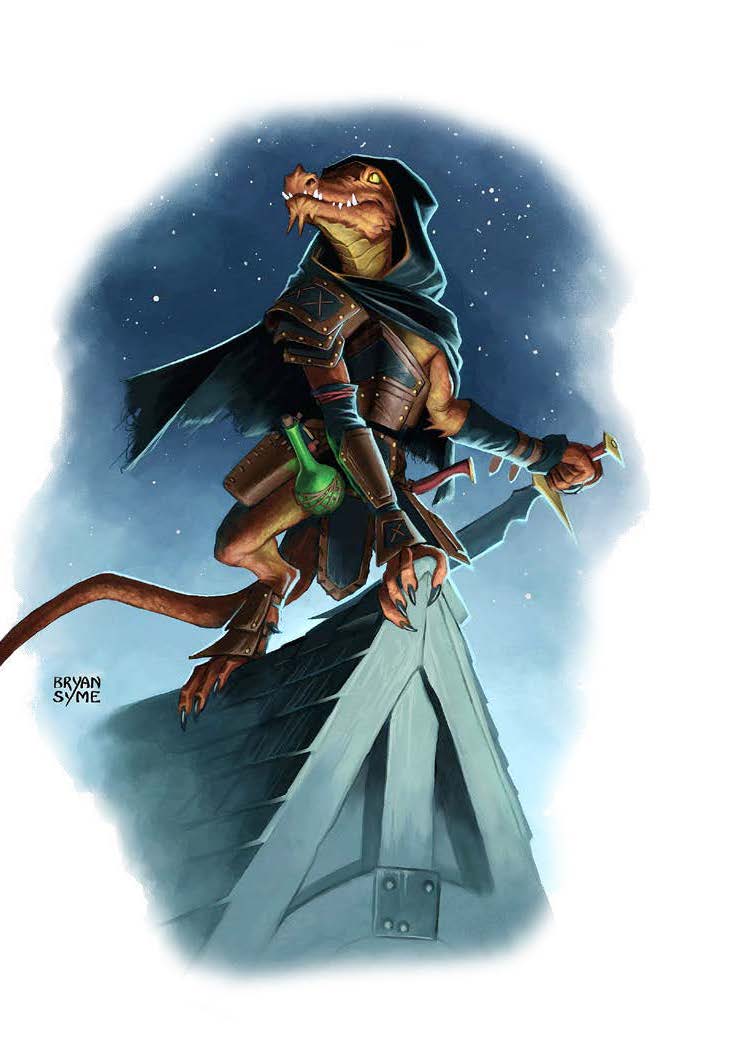 The nights are longer in Midgard now that the harvest season is upon us. As they begin to swap out their fair-weather garments for the warmer cloaks indicative of the changing weather, the different regions of Midgard prepare to honor the bounty during the Harvest Festival. Given the geographic confines of the various locations, the expectations for how to celebrate are not unilateral. Most of Midgard is not actively cultivating a harvest by pulling vegetables from the ground or cutting down stalks of wheat, but that does not stop them from celebrating.

In Zobeck, the brightly colored trinkets and baubles representing a successful harvest line the streets and adorn tables as families, friends, and adventurers gather together to drink and celebrate another successful year. The success they speak of is their own and largely unrelated to the harvest itself. They light candles, sing songs, and speak generic praises to the world—grateful for health and prosperity. The children of Zobeck get together and wear costumes and celebrate by dancing and praising the crops that have provided so much to the community, culminating in the exchange of candies. The celebration style of Zobeck is largely performative, for most residents are not directly involved with the harvest. This detachment permits a fanciful and imaginative view of how said resources come to the table—almost as a magical act without the assistance of agrarian hands, though the praise and gratitude are authentic for most.

Meanwhile, the air in Savoyne is less celebratory this year as a new religious movement has swept through the town, denouncing harvest and bounty celebrations as adulation and instead promoting the worship of the Guiding Him. While the historic celebration is fanciful, the mood within Savoyne is heavily reactive to the presence of this foreign people. A cult of sorts, the followers of the Guiding Him are devout adherents to religious practices and observations of their faith and disavow all other forms of worship. They have walked through the streets of Savoyne, publicly shaming shop keeps for their colorful decorations, destroying the simple harvest displays outside of family homes, including projects made by the children, and have taken up shouting on the corners to persuade the city folk to give up their pride and reject all forms of self-aggrandizing behaviors. The harvest would normally be an exciting party atmosphere like in Zobeck, but with the presence of the Guiding Him, the people of Savoyne just want the harvest feast to end, so they can move on.

Whereas in Stannasgard, the combination of many travelers and the far-north locale means the celebration of the harvest comes with far more ale for the hard-worked and profitable season. In fact, the Harvest Festival is also called the “Harvest Festiv-Ale” to emphasize the necessity of ale in Stannasgard. For the locals, the harvest is more than honoring a warm season, tending to some variety of nightstade crop, but celebrating that they have provided in other, equally grueling means for their families. From fishing to mining, the hard work that has sustained their civilization for months has come to fruition with a plethora of resources that will sustain them during the winter while it is difficult to work. The celebrations within Stannasgard are most popular inside the taverns and pubs that line the streets. Cheaper ale runs for the entire festival—celebrating barley and wheat by consuming barley and wheat is the type of practice that pleases those of Stannasgard.

The hands that are feeding Midgard though are in Kyprion. The minotaurs who call Kyprion home cultivate and harvest the ingredients for ale and bread—wheat, barley, even hops—in addition to the essentials for every cook, from tavern to home hearth: olives, apples, pears, nuts, and so much more. The pastoral minotaurs also maintain livestock in a free and open range. Given their history, the minotaurs work together to celebrate their freedom and work to maintain the groves and orchards that accent their towns. Harvest Festival celebrations include fire dances and prayer around the crops they care for, and the festival seeks to continue honoring the good fortune of the minotaurs and the Isle of Kyprion. The minotaurs honor their way of life, their commitment to their land and profession, manifested in a successful harvest, so the festival is more than a momentary celebration.

The Harvest Festival is cause for celebration, regardless of how close the celebrants are to its production. It is through the genuine appreciation of the bounty that Midgard is empowered for another successful season.

1 thought on “A Midgard Harvest Festival”