Skip to content
Home / Delve into the Depths in the Kobold Blog / Kobold Guide to Magic: How Do You Arrest a Wizard? 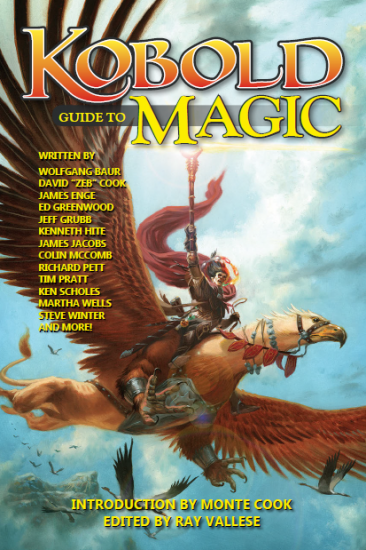 It all depends on how your magic works. If casting a spell requires uttering incantations and weaving mystical motions with the hands (like Dr. Strange), simply binding the wizard’s hands and mouth should prevent any shenanigans. If wizards can’t cast spells while distracted, tying a sack full of bees around her head should do the trick; this is no time for gentility. In other settings, the key might be shackles made of special antimagical material (cold iron, bronze, bone) or a Hannibal Lecter-style straitjacket and hood.

If all else fails, knocking the prisoner unconscious is almost foolproof. The key is making sure she doesn’t wake up anytime soon.

In high fantasy settings, there’s another, more extreme option: a dangerous, high-value prisoner can be killed and stored safely as a corpse, to be revived in time for the trial.

In all of this, remember that our modern notions of prisoner’s rights are very young. Before the Age of Reason, being arrested for any crime was a nasty experience, and doubly so if the crime stirred up popular anger. The general feeling was that innocent people didn’t get themselves arrested.

While keeping an indignant wizard under lock and key could be difficult, it wouldn’t be difficult for long. The delay between arrest and trial would be a few days at most, or as little as a few hours if the prisoner was a clear danger.

If the situation goes this far—that is, a wizard has been arrested and placed on trial—then it’s reasonable to expect a guilty verdict. It bears repeating that most folks believe innocent people don’t get themselves arrested. Add to that the fact that strangers stand out and are easy to blame for anything unusual or unsavory that happens while they’re around. There will be no shortage of witnesses to point accusing fingers at the defendant’s box once the havoc-causing wizard is safely trussed up and disarmed. No one wants to be left out of the biggest show in years.

****
The full essay is found in the Kobold Guide to Magic.