Skip to content
Home / Delve into the Depths in the Kobold Blog / Trap Themes (Part 3 of 5): Psionic Wards 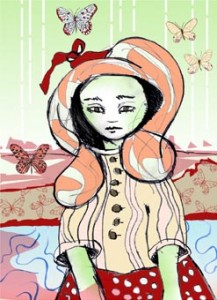 Whether manifested in a young savant blessed with unusual talent or an inscrutable spawn of planes beyond, psionic power is both mysterious and potent. Few understand how the mind projects itself into the physical world, but those who have mastered the practice are feared. Especially powerful psions learn to imbue their will into their stronghold, linking their consciousness with inanimate wards to protect their chambers…

Traps with the psionic wards theme emphasize mind-affecting powers that damage and incapacitate their victims. Because of the nebulous nature of illusions and the mind, GMs applying this theme should be prepared to think on their feet and make informed rulings in situations not described by a power’s text.

Skill Modifications: Increase Perception DCs by 4. Additionally, a character can detect and identify a psionic ward with an Arcana or Insight check (hard DC).

Static wracks your mind, making the act of remembering difficult and excruciating.

This power is best applied to traps laid at a dungeon’s end, when daily powers are most likely to be used. Traps in encounters featuring skill challenges are also excellent candidates for this power.

Agonizing Recall (psychic) • Recharge 5, 6
Trigger—The trap hits a living creature with an attack.
Attack (Free Action)—Level+3 vs. Will
Hit—The target takes 10 psychic damage/tier and grants combat advantage until the end of its next turn if it uses an encounter power (save ends). The damage increases to 25 psychic damage/tier if the target uses a daily power.
Aftereffect—The target takes a −1 penalty to skill checks/tier until it reaches a milestone.

With a flash, the creature’s eyes glow violet, and the nimbus above its head begins to swirl. In that same instant, a silver blade cuts across the hallway, its edge glowing with the same violet radiance.

The most common trait shared by psionic wards, augmentable traps are devices linked to the psion who first imbued them with psychic energy. Give monsters with strong psionic abilities 1 power point (2 if elite and 4 if solo). A minion never has power points.

Augmentable (psychic)
When this trap hits with an attack, a conscious ally within 10 squares may spend a power point as a free action for one of the following effects:

The wound brings a moment of deadened silence, and like a cresting wave, the hurried thoughts of those around you—raucous and intolerable—crash through your mind.

Traps with this power are best used against large parties or in encounters with several creatures, particularly minions.

Apply this trait to any trap. The GM should be prepared to make rulings regarding the behavior of certain hallucinatory traps and any countermeasures the PCs may come up with to defeat them.

Hallucinatory (illusion, psychic)
This trap cannot be detected with Perception if hidden, cannot be disabled with Thievery, and cannot be attacked or damaged. All of this trap’s attacks target Will defense and deal psychic damage.

A character can make themselves immune to the effects of a hallucinatory trap until the end of the encounter with a standard action and a successful Insight check (hard DC). Creatures with a passive Insight higher than the DC are immune.

A prying voice breaks your concentration; you’re torn from the space between spaces and cast into danger.

Use traps with this power against adventuring groups with several teleportation powers. This power is most dramatic when its victims can be misdirected into harmful terrain. A sinister GM may pair Misdirected Teleport traps with obstacles often crossed with teleportation, such as pits or portcullises.

Misdirected Teleport (psychic, teleport) • At-Will
Trigger—An enemy within 5 squares teleports.
Attack (Free Action)—Level+3 vs. Will
Hit—Psychic damage by level, and the trap determines the target’s destination square. This square must be open; however, the target is not entitled to a saving throw if the space is perilous.

You are dizzied by a sensation not unlike a spear pressed through the back of your skull. Your thoughts—no longer attentive to the quest before you—seem disjointed and fleeting.

The threat posed by traps with this power is largely narrative. Apply this power to traps in adventure areas with a powerful dungeon lord who would benefit from reading the PCs’ minds and feelings.

Piercing Clairvoyance (psychic) • At-Will
Trigger—The trap hits a living creature with a melee attack.
Attack (Immediate Reaction)—Level+3 vs. Will
Hit—The target takes ongoing 5 psychic damage/tier and is dazed (save ends both). While the target is affected by this power, its thoughts, memories, and emotions are transmitted to the creature that imbued the trap with psionic energy.

Four spiked cages, each large enough to hold an ogre, dangle from the ceiling of this wrought-iron chamber — and they are quickly filling with icy, illusory water. A magically sealed grate in the rusted ceiling above is the only visible exit.

TRAITS
Hallucinatory (illusion, psychic)
The chutes filling the chamber with illusory water — though visible and within reach of creatures on the ground — cannot be disabled with Thievery and cannot be attacked or damaged. (See also illusory water above and Countermeasures below.) The cages in the chamber are real.

STANDARD ACTIONS
[A] Illusory Water (illusion, psychic) • At-Will
Attack—Area (entire room).
Effect—On the trap’s initiative count, the illusory water level rises. Creatures cannot swim toward the ceiling in the illusory water—those that try find themselves strangely pulled down by their own weight.

TRIGGERED ACTIONS
Misdirected Teleport (psychic, teleport) • At-Will
Trigger—An enemy in the room teleports.
Attack (Free Action)—+11 vs. Will.
Hit—2d8+4 psychic damage, and the target is teleported into one of the four spiked cages (see spiked cages, below).

Spiked Cages • At-Will
Trigger—A creature starts its turn in one of the four spiked cages in the room.
Effect (No Action)—The triggering creature takes 10 damage.