The Search for Relics of Power 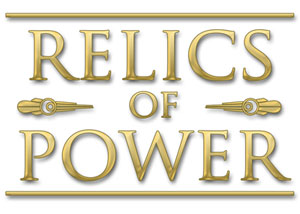 In the past, we’ve done some fun contests featuring monsters. Monsters are great. We support monsters. We love monsters. But sometimes you need a little help fighting monsters, especially when one or more have completely wiped out your stalwart band of adventurers—several times. Kobolds, of course, recognize the necessity for adding a little firepower to the group when that sort of thing happens.

To assist all those hapless, soon-to-be-dead-meat adventurers out there, Kobold Quarterly is starting a new contest. This time around our focus is on artifacts. We want you, our fans, to design some amazingly useful and interesting artifacts that adventurers can use to vanquish all those nasty villains and powerful monsters that keep pestering them. Each artifact will be evaluated by a panel of industry professionals and by the fans. And, yes, fame and prizes play a part in this again. Learn more after the jump.

So, what do you need to do? First, read all the stuff below, then start designing!

Here’s how it works: To enter the contest, your artifact submission MUST…

Minor and major artifacts are welcome! And they don’t necessarily have to be completely combat-oriented—have fun with them.

All submissions that meet the criteria will be entered in the contest and be judged by us, the Kobolds, and our guest judges on originality, effective writing and design, and “fun.” The 10 best artifacts will be published here on koboldquarterly.com and be voted on by the public. Of those 10 artifacts, the one with the winning votes will be granted the title of 2011 Relic of Power.

So who’s judging? We have a trio of extremely talented and wise judges: Wolfgang Baur, Christopher Bodan, and Jeff Grubb. Take a look at their bios below.

Wolfgang Baur began his career at TSR and is the publisher and founder of Open Design, the collaborative game design company, and the founder of the Midgard campaign setting. He has edited Kobold Quarterly, Dragon, and Dungeon magazines, and is the publisher of the Kobold Guide to Game Design series. Wolfgang is the author of dozens of award-winning adventures for Pathfinder RPG and four editions of D&D, as well as short stories, card games, and magazine articles. His worldbuilding includes foundational work on Dark*Matter, Planescape, the Midgard campaign setting, and the largely forgotten biopunk setting Kromosome for Amazing Engine. Wolfgang is the winner of the Diana Jones Award for Excellence in Gaming, and he can be found online at koboldquarterly.com.

Christopher Bodan has spent way too much time and energy reading, writing, and wrangling words. He has written and edited for Kobold Quarterly, Privateer Press, Zombie Skies, and Soda Pop Miniatures. He has also done QA and document prep work for Hewlett-Packard and Siemens Ultrasound, so believe him when he says that their rules sets really needed work. He lives in Seattle with his wife and the promise of a dog.

A former civil engineer turned game designer and author, Jeff Grubb has more than a hundred listed credits, including over a dozen published novels and over twenty short stories. He is one of the founding fathers of both Dragonlance and Forgotten Realms, as well as Spelljammer and Al-Qadim. He also served as celebrity judge of the first King of the Monsters contest. Jeff keeps an online journal with current updates, reviews, and other things at Grubb Street.

Prizes for the Creator of the 2011 Relic of Power

As the 2011 Relic of Power, the winning artifact will have an illustration commissioned and be published in Kobold Quarterly #19 (Fall Edition). In addition, its designer will receive a free print and PDF copy of his or her choice of the Relic of Power.

1. The contest is open to all.
2. One entry per person. The entry must be your own work, which has not been published previously, is not being considered for publication by any other publisher, and is original and does not infringe upon any copyrighted material.
3. All entries become property of Open Design.
4. By entering this contest, you authorize the use of your name and likeness without additional compensation for promotion and advertising purposes in all media.
5. This contest is subject to federal, state, and local laws where applicable.
6. Open Design reserves the right to withdraw or terminate this contest at any time without prior notice.
7. All decisions of Open Design and the contest judges are final.