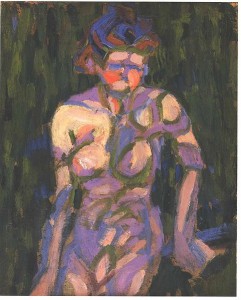 The pursuit of power. The quest for immortality. There are many paths to power, and some are well trodden while some are not. The fellhazen and the runecarved are two lesser-travelled roads for the heroic tier. Each offers a distinct path to the paragon tier and beyond.

“Allow me to share the dark echoes of creation itself.”

The world: crafted by primordials, given life by the gods. Their words molded creation into land, air, and sea. Their words created the races that dwell upon the world. These ancient words of power can still be heard, echoing throughout the realms of shadow, corrupted into words of ruin…

Fellhazan. Doomsinger. Ruinchanter. There are many names for those who have travelled into shadow and heard the malign echoes of creation itself—and made them their own. The journey is fraught with danger, but to speak the words of the gods themselves only typically appeals to the most driven of individuals. A fellhazan must make the journey, for the ways of the fellhazan cannot be taught. Each fellhazan must master the art alone and in shadow. The dark echoes of creation resound differently upon each soul, leading to a system of syntax and semantics that is unique for each fellhazan.

Prerequisite: Chr 13.
Benefit: You gain training in the Stealth skill. Once per encounter, you can use the intoned ruin power.

You chant a hymn of unmaking. Your enemy glows darkly, fading and blurring out of reality, as its very essence drains away.

Encounter • Divine, Necrotic
Standard Action               Ranged 5
Target: One creature.
Attack: Charisma vs. Fortitude.
Hit: 1d6 + Charisma modifier necrotic damage, and the target is weakened until the end of your next turn.

Prerequisite: Fellhazan initiate, 4th level.
Benefit: You can swap one encounter attack power you know of 3rd level or higher for the ruptured reality attack power.

With a clawing motion of your hand, accompanied by a song filled with violent screeching, you rend reality itself.

Encounter • Cold, Divine
Standard Action               Area wall 5 within 5 squares
Effect : You create a wall of contiguous squares of ruptured reality. It can be 5 squares long and 4 squares high. The wall lasts until the end of your next turn. If a creatures moves through the wall’s space or starts its turn there, it takes 1d6 + Charisma modifier cold damage. Entering a square occupied by the wall costs 2 extra squares of movement. The wall does not block line of sight.
Sustain Minor: The wall persists.

Prerequisite: Fellhazan initiate, 8th level.
Benefit: You can swap one utility power you know of 6th level or higher for the chant of shimmering utility power.

Daily • Divine
Standard Action               Personal
Effect: You become insubstantial until the end of your next turn. You take half damage from any attack that deals damage to you; ongoing damage is also halved. You cannot physically affect the world while insubstantial nor can you use any power with the weapon keyword.
Sustain Minor: You remain insubstantial. You cannot sustain this power beyond a number of rounds equal to your Charisma modifier.

Prerequisite: Fellhazan initiate, 10th level.
Benefit: You can swap one daily attack power you know of 9th level or higher for the syllables of sundering attack power.

Your sibilant song thunders over your foes, their armor buckling under the sonic strain.