Mastering the Mechanics: Roll for Initiative 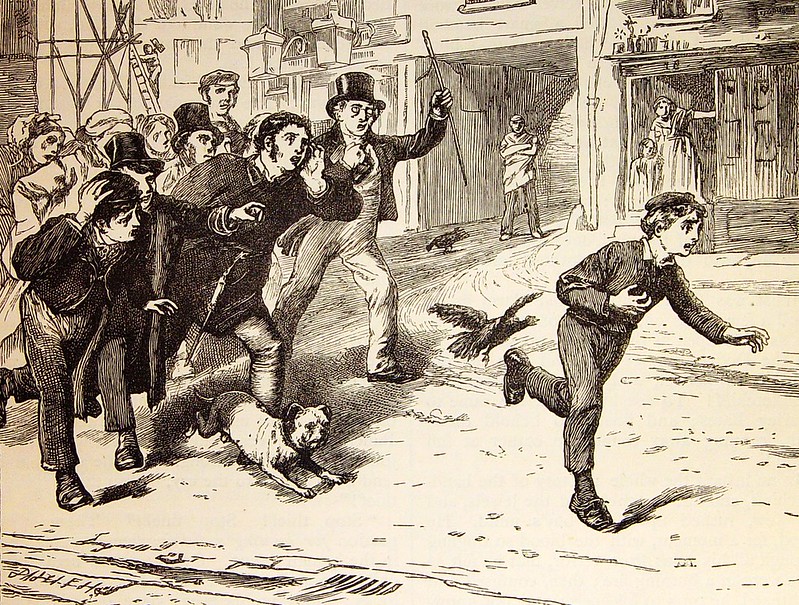 Initiative is a mechanic that you can customize as much as you want, even more so than with other parts of the 5th Edition ruleset. But if you want to learn how initiative is designed to work, whether for organized play or streaming, to have an authoritative rule for your own home game, or to understand the nuances of game design, this article is for you.

Let’s examine the “rules as written” regarding initiative:

“Initiative determines the order of turns during combat. When combat starts, every participant makes a Dexterity check to determine their place in the initiative order. The GM makes one roll for an entire group of identical creatures, so each member of the group acts at the same time.”

For those new to Fifth Edition, this means that unless you have a special feature that says otherwise (see “Improving your Initiative” below), your bonus to initiative is just your Dexterity modifier. If the players are about to fight a banshee and six zombies, the GM would roll one initiative for the banshee and another for the group of zombies. Interestingly—at least to me—this is a departure from earlier editions, where the GM rolled one initiative for all enemies and this option was presented as a variant. Of course, the whole point of initiative is to provide a simple framework for combat, so you use whatever system works best for you or even change it up from encounter to encounter.

Pretty straightforward, though I know of groups who reroll initiative each round for a more randomized feel (see “Initiative Variants” below). That’s too time-consuming for me, but let me know in the comments if you’ve tried this system and liked it!

Earlier editions used various ways to break initiative ties, like having the creature with the higher bonus to initiative go first, then doing a second initiative roll among the tied creatures if they had the same bonus to initiative. The majority of Fifth Edition players—at least in my experience—still default to breaking initiative ties by comparing Dexterity modifiers. I only learned a few years into playing Fifth Edition that the official rule is to have the players decide. But again, whatever feels least complicated to you will be easiest for your table.

There are also several completely different initiative systems. Some systems favor players and allow them to collaborate and optimize their turns while others are designed to prevent players from planning ahead of time and better simulate the chaos of a real battle.

With side initiative, each side (players and enemies) rolls a d20, and whoever rolls highest goes first (with rerolls to break ties). Members of each side can act in any order they choose. Then there’s the option that has the entire table reroll initiative every round—even suggesting that each character or monster must choose an action before rolling. There’s also an unofficial variant called popcorn initiative where the player with the highest initiative takes their turn and then chooses the next player or enemy to act and so on.

If you play with different groups, you may find that different players and GMs have their own preferences for initiative systems. It can be worthwhile to try out a different system once in a while to see if you and your group might prefer something else or to choose an initiative system that fits the tone of the campaign: a dark, gritty campaign might reroll initiative every round to keep things unpredictable while a high fantasy, heroic game that wants to streamline combat might use side initiative to let the players work together for epic combos.

Going first is a powerful advantage, especially at high levels when battles resemble rocket tag with each side able to decimate their opponents before they have time to act. The assassin subclass also gains advantage on attack rolls against any creature that hasn’t taken a turn in combat yet, so a high bonus to initiative can boost the power of an assassin!

Fighters with the purple dragon knight archetype can add their proficiency bonus to initiative, starting at 7th level. Here’s a subtle one: starting at 7th level, fighters with the champion archetype can add half their proficiency bonus (rounded up) to any Strength, Dexterity, and Constitution ability checks they aren’t proficient in; this includes initiative, which is a special kind of Dexterity check!

Even if your character doesn’t have levels in one of the above classes, there are other ways to improve your character’s initiative.

Magic Items. The rod of alertness and the sentinel shield both grant advantage on rolls for initiative. There are also some specialized legendary items that grant flat bonuses to initiative. Of course, magic items are generally given out at the GM’s discretion, so you as a player might not have much say in this.

Feats. The Alert feat grants a +5 bonus to initiative, among other benefits. This is an excellent feat for an assassin or any character who wants to get the drop on their foes.

Spells. The enhance ability spell lasts up to one hour with concentration, so use it wisely, but the Cat’s Grace option grants advantage on all Dexterity checks (which includes initiative). The foresight spell (an amazing spell well worth your 9th-level spell slot) grants advantage on all attack rolls, ability checks, and saving throws, among other impressive benefits.

What’s your favorite system for determining initiative order? Do you enjoy playing characters that can act before their enemies have a chance to move? Leave a comment with your initiative preferences, epic stories, or suggestions for mechanics to cover in future articles!