Skip to content
Home / Delve into the Depths in the Kobold Blog / Dirty Jobs: Gravedigger 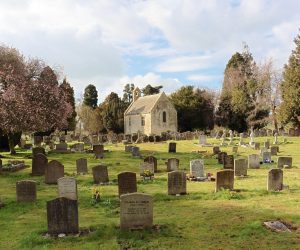 A necromancer’s apprentice, Akamai was exceedingly bright, and his master was having none of it. The bitter old man constantly sent the youth on corpse-finding duty in the hopes that he would become bored and quit. It’s a long tale, but the upshot is that Akamai had a long and fruitful career after his master’s nervous breakdown. As the paladin Meladar was heard to remark, “All the gods save us, there is no greater danger to sanity than a necromancer with a sense of humor.”

Here are a few of his dark, little spells…

Casting time:  1 action
Range: self
Components: V, M (a skull shard from the orbit of the eye)
Duration: Concentration, up to 10 minutes

“Who has time to go digging through the ground looking for raw material for an animate dead spell. The dead are everywhere. They outnumber the living. They’re only hard to find because you have to look for them with a shovel.”

For the duration of the spell, you sense the presence of corpses within 30 feet of you. You can also identify the kind of creatures they were and how advanced their decay is.

The spell can penetrate most barriers but is blocked by a thin sheet of lead or three inches of common metal. Wood, dirt, and stone have no effect. The spell fails if the area is under the effect of hallow.

This spell causes as single corpse within range to rise to the surface. The caster must know the precise location of the corpse in order to target it.

This spell will work if the corpse is buried in dirt, clay, or gravel. It is blocked by any layer of metal or stone. If the corpse is in a coffin, the entire coffin rises to the surface. The spell fails if the area is under the effect of hallow.

“Guess what the opposite of exhume is!”

The ground turns liquid under the feet of a creature that is size Large or smaller. The target must make a Dexterity saving throw. On a failed save, the creature sinks half its height into the earth and is restrained. A creature so restrained, or another creature that can reach the target, can use its action to make a Strength check against your spell save DC. On a success the creature is no longer restrained.

If the creature was prone when the spell was cast, it sinks to just below the surface of the ground, and it has disadvantage on Strength checks made to free itself. The creature has total cover while restrained in this way. The rules on suffocating apply.

The spell fails if there is a solid barrier between the target and the earth (such as a wooden or stone floor).