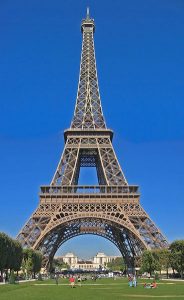 Paris—city of love. And ancient catacombs, post-humanist high tech, and everything in between. Gargoyles look down on you, as do high tech cameras and helicopters. Walk the riverfront and see ancient, Cthulhu-worthy tomes for sale next to mouth-wateringly authentic ancient maps. Want the medieval experience? Buy some dry sausage, a baguette, a bottle of wine, and a knife and have a feast in a park . You’ll also save a bit of money, but you will be able to channel an adventurer in an urban setting. Cyberpunk your thing? Shopping will be easy for you no matter your “look” although firearms are not nearly so easy to find as in the good ol’ US of Arms of course.

I recently spent a month in this fair city and decided I wanted to see what the life of a Parisian gamer was like. I wish someone had told me beforehand what I’m about to tell you, so pay attention. If you are spending any time in Paris, even a few day layover, bring your dice and be prepared to have the Parisian snob stereotype blown away by the international sacred geek brotherhood. As the owner of L’Ouef Cube (The Egg Cubed), Paris’ oldest gaming store, said, “On es tous un geek de quelquechose”—that is, we are all geeks of something. His store (at 24 Rue Liné) is crammed wall-to-wall with new and used RPGs of every stripe: Shadowrun, Warhammer, Traveller, and of course, D&D, as well as a large selection of indie games of several nationalities. Although I did not see a copy of Chainmail, just about everything else can be had, in either French or English…

Next stop was Starplayer, which actually sounds much less like a prepubescent girls’ game in French than it does in English, at 16 Rue Lagrange. The street name translates to “the barn,” but Starplayer is more average sized although gaming tables and minis abound. This was the only store that carried mini’s d’occasion, which doesn’t mean occasionally, but used, and when the dollar is doing as badly against the Euro as it was last summer, this can be crucial to your overseas purchasing. They also have open play, including roleplaying (le role playing, in French—and no, I’m not making that up) on Fridays. Although English did not seem to be their strong suit, apparently the roleplayers had quite a number of Anglophones, including at least one English teacher.

Next stop was Jeux Descartes Ecole at 52 Rue des Ecoles. Yes, the name is a clever pun with card games and Descatres although, like many such puns, it does not translate well. This store was a surprise, so don’t be put out by the first floor. It looks like your typical mall game store that has board games, card games, and weird metal and wood 3D puzzle-thingies. Ask to see the basement, or cave, though (pronounced “kahve,” like a British butler) and you will be rewarded with a fairly wide selection of new games of the RPG and battle board game variety. With its minimal selection of minis and dice, the Jeux Descatres is really best for its central location for a quick drop-by so you can say “I got this in Paris” about something at your gaming table.

The last stop was the store I went back to several times. It was a gamer’s paradise (or is that pair o’ dice?). It is Play Factory at 85 Boulevard St. Michel. This is not only a gaming store but the publisher of not one but two French RPG magazines, including one 4th Edition only. And its kahve puts all others to shame. It is a painted fantasy room, complete with real ancient stone foundation, and two rooms of sci-fi themed rooms with nothing but gaming tables.

The staff was very enthusiastic and were not out for the sale, just loved gaming, which you would expect since they are not only the staff of the store but of the magazines as well. This was the secret I told you I would reveal—if you contact them, www.playfactory.fr, you might be able to arrange a game or three with English speakers in one of the coolest gaming room setups I have ever seen.

So take my advice, contact some gaming stores online before you go, and arrange some games. Don’t just go to Paris, go to Paris to get your game on. You’ll be helping not only Franco-American relations, but the Geek Brotherhood as well.

7 thoughts on “An American Gamer in Paris”